Corruption Watch (CW) today releases its 2018 Analysis of Corruption Trends (ACT) Report, titled It’s Time to Act. The report shows the persistence of members of the public to expose corruption and hold those responsible to account – scroll to the bottom for an embedded version of the report.

During the period from 1 January to 30 June 2018, 2 469 cases of corruption were lodged with the organisation, highlighting six areas of concern, namely: schools, municipalities, the South African Police Service (SAPS), licensing centres, state-owned entities and the health sector. Highlights of the current statistics can be accessed here.

Individual reports speak of corruption in municipalities, most notably discrepancies in employment processes, in the context of massive unemployment in the country, and procurement irregularities that benefit companies and individuals at the expense of more competent service providers.

This shows a continuing trend of people willing to use schools as their opportunity to steal or misappropriate funds, thereby robbing the country’s learners of their right to decent school facilities, services, and protection. This trend extends to the SAPS, as corruption erodes the ability of the police service to protect the public and instil confidence in their performance. This year’s statistics include corruption cases featuring sextortion (3.1%), in which teachers and principals are implicated in soliciting sexual favours from learners in exchange for marks, an extremely disturbing trend.

David Lewis, executive director of Corruption Watch, commented: “While the headlines and the national debate are focused on the stories of grand corruption, spare a thought for the child whose school lunch is stolen, for the impoverished hospital patient who is forced to pay for care at a public hospital, for the community terrorised by gangsters and drug dealers who have bribed the local police and local councillors to look the other way.”

This is the daily lived reality for millions of South Africans who rely on public health, public education and public security, Lewis said, and is the subject matter of this report and front and centre of CW’s concerns.

“The perpetrators of ‘petty’ corruption should be pursued with no less vigour than the corrupt private sector and state owned enterprise executive who has stolen millions from Transnet and Eskom,” Lewis said.

There has recently been extensive coverage of the devastating impact of corruption in our health services, in particular in Gauteng. CW joined forces with the Treatment Action Campaign and Section27 to highlight an SIU report documenting widespread corruption in the Gauteng Department of Health as far as back as 7 – 10 years ago. The status of health services, along with the growing number of corruption cases reported in this sector, has prompted CW to place greater emphasis on the health care sector by launching a campaign calling on the public to report their experiences of corruption.

The extent of corruption within our state-owned enterprises (SOEs) is also reflected in the increased number of corruption-related cases received during this period; of the 3.1% corruption reports, 44% indicate irregularities in procurement in SOEs. The evidence suggests that the procurement officers who do not follow due process in the appointment of contractors are also not held to account for their transgressions. Linked to the contravention of procurement processes are the 20.3% of cases indicating bribery by companies in order to secure lucrative contracts.

Since 2017, not much has shifted in the geographic breakdown of reports of corruption, as once again Gauteng remains at the top of the table with 39.8% of the total number of reports, reflecting CW’s profile in the province, and its population figures. KwaZulu-Natal comes in at 9.6% of total reports, followed by the Eastern Cape and Western Cape jointly representing 6.5% of the total corruption reports.

The highlighted areas in this report demonstrate the need for continuing vigilance over our public institutions, and for the public to expose corruption in all its shapes and forms. CW commends its whistle-blowers who have been brave enough to take action against corruption, and it urges all people living in South Africa to commit themselves to creating an environment that is intolerant of corruption. 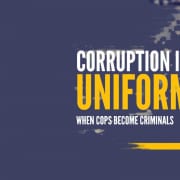 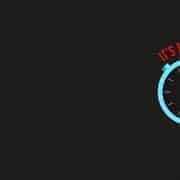