Corruption Watch, responding to the announcement on Friday by Minister of Justice and Correctional Services, Mr Ronald Lamola of the commencement of the Special Tribunal on Corruption, Fraud and Illicit Money Flows, welcomes the arrival of this critical mechanism into the anti-corruption arena. Provided for in terms of the Special Investigating Units and Special Tribunals Act of 1996 the establishment of the Tribunal represents a major step forward in holding accountable those responsible for looting the state of valuable resources.

“The SIU under the leadership of Advocate Andy Mothibi is taking shape as one of the leading organisations tackling corruption in the country, with a willingness to work with all stakeholders in the sector, including civil society organisations like our own. This tribunal will significantly advance efforts by the SIU to combat corruption by providing an expeditious mechanism that will ensure the return of the ill-gotten gains acquired by those who have looted public resources. This will send a strong signal to the public that those responsible will finally face the music,” said David Lewis, executive director of Corruption Watch.

According to the minister, the special tribunal, to be chaired by Judge Gidfonia Mlindelwa Makhanya, has a statutory mandate to recover public funds syphoned from state coffers through corruption, fraud and illicit money flows. The approach of special tribunals such as this one is more flexible and expeditious regarding legal actions, its proceedings are inquisitorial in nature and characterised by extensive pre-trial investigations.

Judge Makhanya will remain as president of the tribunal for a period of three years and the following judges have been appointed as additional members: 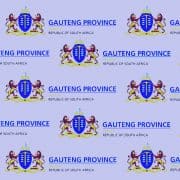