Today Corruption Watch (CW) launched a report titled Unearthing Corruption in the Land Sector, as part of an ongoing Transparency International project, Land Corruption in Africa (LCA).  One of the project objectives is to understand the impact of corruption on land tenure or ownership with a specific focus on vulnerable groups, including women and children. Other participating countries include Zimbabwe, Zambia, Uganda, Kenya, Liberia, Madagascar, Ghana, Cameroon and Sierra Leone.

The CW report highlights how historically, land policies have been skewed against women.  This is a common feature across the countries participating in the LCA, much of it rooted in colonial history, and in South Africa’s case, apartheid legislation as well.  When it comes to corruption in the land sector, the logical conclusion is that women once again bear the brunt of its impact.

Since 2012, CW has received over 700 reports that relate to land, housing and mining issues. Housing-related reports make up 60.6% of this total, while 24.3% and 15.1% relate to land and mining sectors respectively. In relation to the land sector specifically, KwaZulu-Natal has the most number of cases. One of the key contributing factors in South Africa is the lack of anti-corruption oversight by independent bodies in land administration, along with the lack of consequence for abuses of power in the sector.

The most prevalent types of corruption include the embezzlement of funds and theft of resources (25%), followed by irregularities in the awarding of RDP houses (19.5%), bribery (11.2%) and irregularities in procurement (9.1%).

An area of great concern is sextortion, a form of corruption affecting women across the continent, which involves public officials soliciting sexual favours from women around registering of properties and awarding of houses.

“If people accept that land is life, then corruption is the corrosive disease that has struck the foundations of our society. In seeking to address some of the longstanding critical issues threatening democracy in South Africa, it is imperative that corruption in respect to the administration and management of land is regarded as a serious problem in need of urgent action,” said report author and CW researcher, Melusi Ncala.

He added: “Families and communities are ruined because of the greed of government officials, traditional leaders and corporations. In solidarity with the brave whistle-blowers who have spoken up for the voiceless and in defending the rights of the most affected people, notably women and children, it is important for all South Africans to join the call for accountability and greater oversight.”

Earlier in the year, the CW team engaged with community members in KwaZulu-Natal, largely drawn from five communities located in the greater eThekwini area, representing mostly urban and peri-urban concerns. Land-related reports from the province stand at 11.4% of the total.

Individuals and organisations alike shared their experiences of corruption in the land sector, pointing to issues such as corrupt councillors, lack of law enforcement, pollution of the environment, zoning and re-zoning, the quality of houses, and the general disregard for people’s rights and safety.  Community members also expressed a fear of speaking out, as they felt threatened and targeted.

What emerged from these sessions is that people’s rights, in terms of access to land, are being constantly abused. This is partly as a result of poor knowledge or awareness about land rights, and a failure to bring communities into discussions when decisions are being made about their land and the areas in which they live. 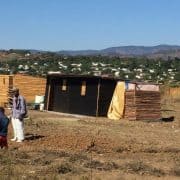 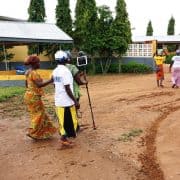 Brave enough to talk about land corruption
Scroll to top