Corruption Watch applauds the Hawks’ morning raid on the Gupta compound, and the subsequent arrests in relation to the Vrede dairy farm investigations, including that of Ajay Gupta. Also arrested was Free State’s agriculture department head, Peter Thabethe.

The organisation has repeatedly called for those implicated in multiple corruption scandals to be held accountable and brought to book. The failed Vrede dairy farm project is a classic example of the complicity of several key government ministers and officials, including Mosebenzi Zwane and Ace Magashule, as well as President Zuma’s son Duduzane. The so-called dairy project clearly exposes how the most disadvantaged members of society bear the brunt of corruption.

The wheels of justice, however, must continue to turn apace, in light of the weight of evidence that has been stacking up against parties, including several cabinet ministers and senior private- and public-sector executives, involved in the looting of our state-owned enterprises such as Eskom, Transnet, SAA, Denel, PRASA, the SABC and others.

Equally, those private sector companies that engaged in corrupt deals should not escape punishment, and Corruption Watch will continue to actively focus its attention on companies like McKinsey, KPMG and SAP, for their involvement in unscrupulous and corrupt business deals.

Corruption Watch calls upon our prosecutorial authority to ensure that those responsible for gross abuses of power and looting public resources, are prosecuted and imprisoned.. SA's echoes of leaders who plundered their countries 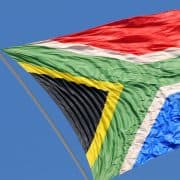 CW calls for vigilance after Zuma resignation
Scroll to top