Corruption Watch welcomes President Cyril Ramaphosa’s announcement on 21 April 2020 of a range of social and economic measures to the tune of R500-billion, to counteract the severe impact of the coronavirus pandemic. There is no doubt that the human, social and economic cost of the current lockdown has already taken a heavy toll, in the form of widespread job losses, spiralling poverty and increasing hunger in communities across the country. These measures could not be more urgent.

However, while there has been great openness and transparency in providing updates on current statistics and healthcare measures in place, there has been less in the matter of distribution of aid and food to those most in need. The manner in which these programmes are implemented, including the Solidarity Fund, and in which distribution of food and resources is handled, seems to point to growing evidence of corruption and mismanagement. Corruption Watch urges government to put measures in place to mitigate and reduce opportunities of corruption during this time, and also to take swift action against those engaging in corrupt activities at the expense of the most vulnerable in our communities.

David Lewis, the organisation’s executive director, commented: “While the South African government has been widely praised, and deservedly so, for the urgent, honest and science-based response to the virus, it must be candidly recognised that the extension of increased powers to the law enforcement community, procurement officials and elected representatives is open to abuse, and that this has proved to be the case.”

Reports indicate instances of manipulation by councillors intent on favouring their own constituencies, thereby sowing serious divisions within communities, while the violence of both the police and the army in enforcing the lockdown in some communities cannot be ignored. Corruption Watch is increasingly aware of alarming accounts of appalling abuses of power, on the part of the police in particular, demonstrating flagrant disregard for people’s rights. Such disregard frequently takes the form of extreme violence. These actions cannot go unchecked, and the current environment and its corresponding regulations should not create the opportunity for officials to act with impunity and lawlessness.

“While our current circumstances may call for these enhanced powers, this demands increased transparency, vigilance and accountability, particularly against the backdrop of the extremely high levels of corruption that have characterised South African public life for so long. In that time, we have gained considerable experience in identifying red flags for corruption and we will continue to serve the public in this way. It is government’s duty to ease our task by promoting maximum transparency and by acting against transgressors,” said Lewis.

He added: “The harshest retribution awaits a soldier who, in times of war, undermines his nation’s war effort. The same principles must apply to all those who undermine our battle against the COVID-19 virus.”

Two of the organisation’s team members who are themselves actively involved in the distribution of food witnessed this first-hand in Alexandra earlier this week, as what started as a relatively calm and orderly process descended into chaos as a result of the political power plays at work in the community.

Corruption Watch has produced freely accessible public education material that provides clear guidance on how to recognise police corruption and abuse of power, and where to report even during the lockdown period. 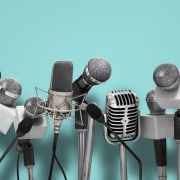 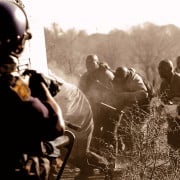