Corruption Watch, in its 2017 corruption report released today, documents the extent to which growing public pressure on corrupt people and systems has contributed to the significant changes in South Africa. The report, titled The Time is Now, paints a picture of a more emboldened and vocal public, as evidenced by the 25% increase in the number of reports of corruption in 2017, and the range of interventions undertaken by the Corruption Watch team.

It is also evident in the timeline that highlights the key political and economic events that took place in 2017.

David Lewis, executive director of Corruption Watch, commented: “2017 was a landmark year but it was only reached with great effort on the part of civil society and the media and an independent judiciary.  Above all, it was achieved by an active and vigilant public. Corruption cannot be overcome without those who are willing to blow the whistle. They are the true heroes.”

Since its launch in 2012, the organisation has received over 20 000 reports from the public citing corruption in various sectors, of which 5 334 were lodged during 2017. As in previous years, the majority of reports, 46%, originated from Gauteng, followed by KwaZulu-Natal with 13% and the Western Cape coming in third with 8% of the total. This is less a result of Gauteng being the most corrupt province, but rather due to its population, the largest in the country, and level of economic activity.

Corruption in schools remained one of the hotspots of 2017, cornering 15% of the total, followed by reports of corruption in SAPS with 6%, traffic and licensing with 5% and health and housing both at 4% of the total.

The 2017 report also highlights the areas of work undertaken by Corruption Watch during 2017, and profiles key events in a separate timeline of activities. This includes landmark litigation outcomes, such as the Pretoria High Court judgment in response to an application brought by Corruption Watch, Freedom Under Law and CASAC. The judgment ruled that the settlement agreement that led to the removal of Mxolisi Nxasana was indeed unlawful and that the termination of his appointment was invalid and set aside. In addition, it confirmed that the subsequent appointment of Adv Shaun Abrahams as head of the National Prosecuting Authority was also invalid and therefore set aside.

Corruption Watch also made submissions to the parliamentary ad hoc committee on the funding of political parties at several points during the year, the outcome of which became apparent in 2018.

The Time is Now emphasises that the strides made in exposing corruption in the public and private sectors during 2017 must continue in 2018 and beyond. The report also urges the public to keep up the pressure in holding leaders to account, whoever they may be, and in scrutinising the performance and governance of key public and private institutions. 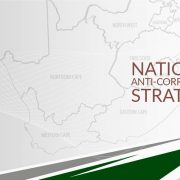 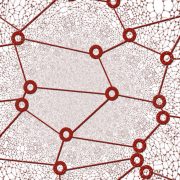 Zuma’s day in court postponed to June
Scroll to top