Today’s judgment handed down in the North Gauteng High Court vindicates the dogged efforts by civil society partners Corruption Watch and Right2Know Campaign (R2K) to have the findings of the Arms Procurement Commission (the Seriti Commission) reviewed and set aside. It also affirms the efforts of more than 40 civil society organisations and whistle-blowers that ensured that the attempted whitewashing of the corruption in the arms deal did not succeed.

The unanimous decision by Judge Presidents Mlambo, Leeuw, and Davis clearly establishes that the findings of commissions of inquiry are subject to judicial review.  Those who have claimed exoneration on the basis of the findings of the Seriti Commission are no longer able to do so.

What this process brought to light is that in future, commissions of inquiry must conduct their investigations in accordance with the principle of legality and rationality. Corruption Watch and Right2Know set out how the commission fell short of this standard by failing to gather easily accessible evidence, refusing to admit key documents into evidence, and failing to test the veracity of witness testimony or evidence.

“South Africans have a high degree of confidence in judicial commissions of inquiry, and yet have been disappointed by them on so many occasions, no less in the case of the Seriti Commission. This judgment establishes the standards of investigation to which future commissions of inquiry must adhere and will help ensure more widely accepted outcomes,” said David Lewis, executive director of Corruption Watch.

”Our constitutional dispensation rests on at least three pillars: respect for the rule of law, the integrity of our institutions and trust in the processes conducted by those institutions. Today’s ruling reaffirms these pillars – and the commitment to stopping the undermining of any of them. This is critical as we navigate our way out of an era of state capture of which the arms deal was one of the first incidences. The judgement also reaffirms our faith in the independence of the judiciary and their commitment to call out a fellow senior justice for failing in his duty,” said Ghalib Galant, R2K’s deputy national coordinator.

The two civil society organisations could not have achieved a victory of this nature without the immense contribution of their legal team comprised of advocates Geoff Budlender, Karrisha Pillay, and Sibonile Khoza, as well as Harris, Nupen, Molebatsi Attorneys. Also significant was the input of arms deal experts Paul Holden, Andrew Feinstein and Hennie van Vuuren. 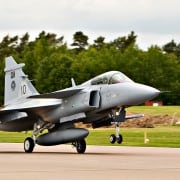 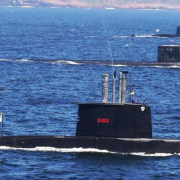