CW: swoop on corrupt officials in VBS scandal to be applauded

The second wave of arrests of individuals involved in the looting of VBS Mutual Bank, this time focused on municipal officials, represents an important step towards holding accountable those responsible for one of the most blatant abuses of resources intended for the provision of basic services.

The first arrest in this second phase took place on Thursday 25 June, when Mattheys (Thys) Gerhardus Wienekus, acting CFO at the Merafong municipality, appeared in court on charges relating to the VBS scandal.

Corruption Watch welcomes these actions which relate to the unfolding saga revealing the expansive network of players complicit in this grand corruption. Billions were stolen from VBS at the expense of people’s life savings and the promise of better services and living conditions.

Given the involvement of ANC provincial leaders in the VBS saga, it is impossible to escape the inference that this money has been used not only to feather the nests of individual leaders, but also to fund the ANC. What we have here, therefore, is the full gamut of personal corruption, party political corruption, and corruption of state institutions and private sector companies.

The VBS scandal represents one of the biggest and most sophisticated corruption cases in South Africa, along with the Steinhoff saga that needs to be similarly investigated and the culprits swiftly brought to book. These people with power and resources have abused their positions as custodians of the investments and savings of ordinary people. For destroying people’s lives, they must receive the harshest possible punishment.

It is gratifying to finally see the criminal justice system collectively going after those accused of looting some R2.2-billion from VBS, to hold them accountable for their role in this grand theft. Corruption Watch urges the Hawks and NPA to intensify their efforts to bring charges against all those involved, and to take the necessary steps to recover the lost billions belonging to the people of this country.

Much of the money stolen came from municipalities, relying on a complex network of bribes and kickbacks that criss-crossed the public and private sectors. Their unlawful actions ultimately had a devastating impact on communities dependent on public services to deliver their most basic needs.

Corruption Watch and other civil society organisations will be closely monitoring the investigations and court proceedings to ensure that pressure continues to be exerted on corrupt individuals implicated in both the VBS and Steinhoff corruption scandals. The organisation also calls for the utmost transparency in dealing with these cases that are paramount to the public interest. 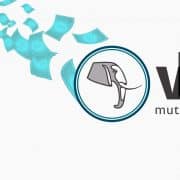 Reflecting on the bravery of whistle-blowers
Scroll to top