It started off as a small, wholly black-owned specialist corporate finance and retail bank, established in 1982. Today it is at the centre of what financial analyst Stuart Theobald, speaking this morning on the Classic Business Breakfast show, called “the most shocking example of bank fraud in South Africa’s history”.

The Venda Building Society, now known as VBS Bank, was placed under curatorship by the South African Reserve Bank (SARB) in March 2018, with SizweNtsalubaGobodo as curator. At the time there was an outcry from individuals and some political parties who claimed that the bank was being victimised for spurious reasons.

“Opting for curatorship as the first measure undermines the bank and undermines black people’s participation in the ownership and control of financial services institutions,” the EFF’s national spokesperson Mbuyiseni Ndlozi was quoted as saying in March.

The bank itself speculated that it may have been growing too fast and was viewed as a threat by other banks.

“VBS Bank is the fastest-growing bank in South Africa and we believe it is a threat to other banks,” one of the bank’s founders, Wilson Muvhulawa, told Business Day in March. “They are now trying by all means to keep us where we are.”

However, the SARB was not acting frivolously and after a preliminary investigation by the curator revealed massive losses in VBS, the reserve bank appointed Advocate Terry Motau in mid-April to investigate VBS’ affairs, in terms of section 134 of the newly promulgated Financial Sector Regulation Act.

Motau released his 148-page report, The Great Bank Heist, yesterday, and his findings have been explosive.

He explained that his appointment had a three-fold purpose – to determine whether any of VBS’ business was conducted with the intentions of defrauding customers, whether the bank’s business practices were questionable or reckless, and whether there had been any irregular conduct by shareholders, directors, executive management, staff, stakeholders or others.

The answer to all of those questions, Motau found, would appear to be ‘yes’. “My report will reveal that the perpetrators of the heist at VBS made away with almost R2-billion,” he revealed in the report’s second paragraph – actions inconsistent with VBS Bank’s stated values of “maintaining highest standards of governance, local empowerment and ethics”.

The auditors are KPMG, who have already drawn massive public criticism over their involvement with the Gupta-owned Linkway Trading as well as the non-existent rogue unit at the South African Revenue Service. The latest scandal will cast further doubt on the firm’s work ethic. Malaba not only was the lead auditor on the VBS account, but he reportedly helped cover up the irregularities – for his efforts he received millions.

“[VBS] is corrupt and rotten to the core. Indeed, there is hardly a person in its employ in any position of authority who is not, in some way or other, complicit,” Motau noted in his recommendations.

He saw no prospect of saving the bank, and recommended that “urgent steps be taken to wind-up VBS”. This is deeply tragic for the people who placed their trust, and their savings, in the bank. When news broke of the curatorship, people slept on the pavement outside the bank to keep their place in the queue to withdraw their savings.

These are people who are already affected because their municipalities illegally invested money in VBS. An August article in the Sowetan described how some municipalities had to adjust their budgets because the money they deposited was unavailable after the bank went into curatorship. The delivery of services such as electricity and water were hampered.

“The municipalities’ money was central to what happened,” Theobald said.

The report recommends criminal and civil action – including sequestration and winding-up proceedings – against the beneficiaries of theft. “It is imperative that those who have been identified as participating and benefiting from this criminal enterprise be charged and prosecuted.”

As for the chartered accounts and attorneys who were complicit, Motau said, they are not fit and proper persons to fill those offices, which require utmost honesty and integrity. He recommended that complaints be laid by the SARB’s Prudential Authority with the relevant professional bodies, “so that steps can be taken to strip them of their status”.

While it is impossible to encapsulate the report in a few paragraphs, Business Insider has extracted five significant facts that should anger anyone who despises corruption:

The 53 people and companies named in the report received, over the course of a little more than three years, an average of just about R905 000 each per month. The report carefully lists these as “gratuitous payments” rather than outright bribes or theft, but does so in the context of trying to figure out the scale of the looting at VBS.

They include: Paul Magula, a former Public Investment Corporation (PIC) executive; Ernest Nesane, a lawyer and PIC executive; Phalaphala Ramikosi, a chartered accountant and the now-suspended CFO of the police service; and Philip Truter, VBS’s CFO.

When KPMG started investigating Malaba’s relationship with the bank “he obtained a fraudulent letter from VBS to put KPMG off the scent”, Motau noted in the report.

Malaba himself, the report says, conceded that the letter that was written at his request “contained various obvious misrepresentations”.

In many cases, Motau says, VBS simply wrote car or home loans, then turned a blind eye when no payments were made on those. Large overdraft facilities also remained unpaid. 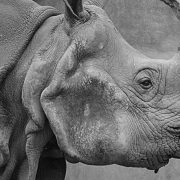 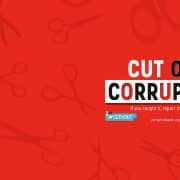 Corruption - if you caught it, report it!