Following on the AU’s declaration of 2018 as the year of combating corruption in Africa, Corruption Watch (CW) continues to take the fight forward in January 2019. In the third week of the month CW organised a roundtable discussion with some government departments and other stakeholders, which focused on the organisation’s report into the role that corruption played in bringing about the capture of parts of South Africa’s criminal justice system. The report, which will be submitted to the Zondo commission into state capture, is titled Capture of the criminal justice system.

“Even though the African Union declared the previous year as one that will be used to fight the scourge of corruption on the continent, for us the road did not end there because we do this on daily basis, we fight corruption every day,” commented Ronald Menoe, deputy director of CW.

Other organisations in attendance were the Human Rights Development Initiative and the Helen Suzman Foundation, among others.

In the session CW introduced its report, which delves into details on how the South African justice system was captured through corruption and how it was manipulated to ensure impunity for those in power.

The discussion also touched on tax havens as the reason authorities struggle to hold corrupt people, including politicians, accountable, and how such havens facilitate illicit financial flows. Because they provide offshore banking services to foreign businesses and individuals, these clients can avoid paying taxes in their countries. Tax havens allow people to hide sources of income which means they can avoid paying taxes in countries where such taxes are due – thus robbing those countries of revenue into the fiscus. Tax havens also have strict privacy laws which make it easy for individuals and business owners to shield their assets and identities.

A panel member noted that one of the reasons corruption thrives is because governments put the needs of private companies before the needs of its citizens. As an example she mentioned anti-mining activist Sikhosiphi ‘Bazooka’ Rhadebe of the Amadiba community in the Eastern Cape province’s Wild Coast, who was killed for standing against an Australian mining company that wanted, and still wants, to mine on their mineral-rich land. The murder happened in 2015 but no one was ever arrested.

The report particularly describes the manipulation of criminal justice agencies – not the whole criminal justice system – with its main focus being the South African Police Service and the Hawks, as not all agencies have powers to arrest or prosecute. It also expresses the view that the manipulation of the justice system did not start with former president Jacob Zuma – rather, it escalated when Zuma took over. Current president Cyril Ramaphosa’s “positive” appointments were also brought to the table, with delegates discussing his apparent desire to place the best people in charge of state institutions – such as the new head of the National Prosecuting Authority, Adv Shamila Batohi, whose appointment was lauded, as well as that of former finance minister Pravin Gordhan as minister of state enterprises. Both institutions were on the point of tumbling down

Another reason given for the regular failure of policing agencies to clamp down on underperforming officers or units is because the system used to identify them has also failed or is deliberately ignored. As a result the agencies take years investigating a single matter rather than working with the information they should already have.

The panel shared their willingness to have more sessions like this going forward and agreed to mutually settle on a date for the next roundtable discussion. 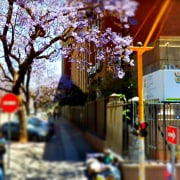 Dept of agriculture and land reform needs a clean-up 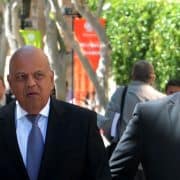 Elections 2019: ensuring that you can vote