Just weeks after South Africa’s deputy president Cyril Ramaphosa was elected president of the ruling African National Congress (ANC), writes Liesl Louw-Vaudran of the Institute for Security Studies (ISS), the fight against corruption in the country is showing signs of gaining momentum.

After months of inaction – former public protector Thuli Madonsela’s report into state capture was released way back in November 2016 – investigators are for the first time taking steps against those named in the report. The state’s Asset Forfeiture Unit, for example, says it is trying to recover R50-billion siphoned off in corrupt deals and is pursuing 17 related cases.

Only last week the unit ordered that R1.6-billion be seized from auditors McKinsey and Trillian, a company owned by the infamous Gupta family – accused of large-scale corrupt practices involving President Jacob Zuma and his family. Police Minister Fikile Mbalula, regarded as a Zuma ally, stated last week that there would be ‘no holy cows’ in the new police action against corruption and state capture. This was the focus of Ramaphosa’s campaign to lead the ANC.

Some are optimistic that the change of political leadership in the ANC will have a real impact on fighting corruption in South Africa. This is good news for the African Union (AU), which is devoting this week’s 30th summit in Addis Ababa to ‘Winning the fight against corruption: a sustainable path to Africa’s transformation’.

It has nominated Nigerian president Muhammadu Buhari as its champion to lead this fight. Buhari based his campaign for the 2015 presidency on rooting out corruption in Nigeria – a trait he was known for during his brief period as head of state in the 1970s. Although Buhari made strides to fight high-level corruption, the jury is out on whether this has been successful. A recent study by the polling network Afrobarometer shows that public perception of the government’s attempts at rooting out corruption have ‘improved dramatically’, but at least half of Nigerians surveyed think this hasn’t really made a significant impact on corruption in the public service.

AU advisory board on corruption is weak

The AU has several instruments at its disposal to set norms and standards when it comes to corruption, notably the AU Convention on Preventing and Combating Corruption (AUCPCC) that came into effect in 2006. So far 38 countries have ratified the convention. Its implementation is supposed to be monitored by the AU Advisory Board on Corruption (AUABC), which is also tasked with supporting member states in preventing and eradicating corruption.

However, the University of Johannesburg’s Prof Annie Barbara Chikwanha says while it could be the ideal vehicle to drive the AU’s anti-corruption efforts, the AUABC ‘remains weak and has not really been able to deliver on its initial strategic plan. It has failed to take a proactive role in leading the anti-corruption fight’.

Other African institutions such as the African Tax Administration Forum, the African Parliamentarians Network against Corruption and the African Peer Review Mechanism (APRM) are also potentially powerful instruments to root out corruption. The United Nations Economic Commission for Africa has launched several initiatives and has been supportive of AU initiatives. More should be done to ensure compliance with and ratification of these instruments.

Sceptics may argue that corruption is so endemic that a single person at the helm or a directive from the AU wouldn’t have much impact. Does a change at the top really make much difference?

Gareth Newham, head of Justice and Violence Prevention at the ISS, says the South African example shows that if a country’s leaders aren’t interested in fighting corruption – usually because they are themselves implicated – there is little chance that corruption-fighting institutions will be successful.

New Hawks head will be barometer for political anti-corruption resolve

In the next few weeks the political impetus for tackling corruption in South Africa will be put to the test when a new head of the specialised crime-fighting unit, the Hawks, is appointed. Legal wrangling is also continuing over the replacement of the pro-Zuma head of the National Prosecuting Authority. Meanwhile Zuma, who faces a litany of corruption charges, is still president of the country and speculation is rife over his possible recall by the ANC.

Elsewhere in Southern Africa, there are indications that new leaders are making a change. In Angola, the newly elected President João Lourenço has surprised his critics and sacked both the daughter and son of former president José Eduardo dos Santos from powerful positions, potentially rooting out nepotism that’s been rife in the large oil producing country.

The AU is upbeat about the success of its anti-corruption theme for the summit. But for now, the organisation can do little more than raise awareness and set norms and standards. The AUCPCC has no enforcement mechanism to ensure that member states adhere to its principles. The only AU mechanism that comes close to ‘naming and shaming’ corruption and bad governance is the APRM, but this voluntary mechanism faces its own challenges, notably the slow pace of publication of its country reviews.

At this stage only real day-to-day situations in Africa’s 55 member states will show whether the AU’s initiatives to fight corruption will trickle down to where it matters. 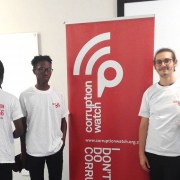 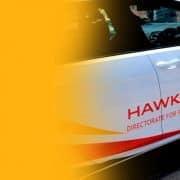 AU: 2018 is the African anti-corruption year