Schabir Shaik and Tony Yengeni are well known to South Africans. Fana Hlongwane and Johnny Kamerman are not.

But now their names have entered the public domain. Hlongwane and Kamerman have been subpoenaed to answer questions about their roles in  South Africa’s controversial 1999 arms deal – synonymous with bribes, dodgy and secret share transactions, gift-giving and private sector employment opportunities.

According to newspaper reports and arms deal critics, over R1-billion in bribes is believed to have been paid to ministers, officials and politically-connected businessmen who could influence the decision-making process.

In his submission to the Arms Procurement Commission, critic Terry Crawford-Browne testified that British arms manufacturer BAE had paid bribes of £115-million to secure its warplane contracts. BAE paid £1-million alone to one senior ANC leader while it also laundered bribes of R30- to R35-million via two Swedish trade unions for other ANC politicians, he said.

In their book Devil in the Detail: How the Arms Deal changed everything, Paul Holden and Hennie van Vuuren also detail how German investigators probed the payment by the German Frigate Consortium of “roughly R130-million in bribes to various South African officials”.

Chippy Shaik, the Department of Defence’s chief of acquisitions, was the recipient of a $3-million bribe he solicited from ThyssenKrupp, according to Holden and Van Vuuren. They referenced a memo from a ThyssenKrupp executive which read: “During one of our meetings he (Chippy Shaik) asked once again for explicit confirmation that the verbal agreement made with him for payment to be made in case of success, to him and a group represented by him, in the amount of 3 million US$. I confirmed this to him.”

But by far the biggest beneficiary of bribes appears to have been Hlongwane, who was special advisor to Defence Minister Joe Modise.

According to Holden and Van Vuuren, Hlongwane received hundreds of millions from several BAE front companies set up to funnel bribes to local politicians and other key arms deal players. Figures quoted include $1-million from a BAE front company, a retainer of £1-million a year and ex-gratia payments of $8-million. According to Holden and Van Vuuren, one of Hlongwane’s companies was paid £10-million – an amount Britain’s Serious Fraud Office noted could not be “justified”.

Submarine supplier Ferrostaal is also implicated in the payment of more than $40-million in bribes to agents in South Africa whose chief attraction was their influence on politicians, an internal audit by American law firm Debevoise and Plimpton showed.

A further corrupt practice uncovered in the arms deal was that of secret or dodgy share transactions which meant that companies owned by or in whom ministers, officials and politically-connected businessmen had interests, benefited financially from the deal.

Futuristic Business Solutions received 70 sub-contracts that earned it an estimated R750-million, according to Holden and Van Vuuren.

Meanwhile, Schabir Shaik’s African Defence Systems (ADS) won a R400-million tender. His brother Chippy was said to have been instrumental in ADS being selected. Schabir Shaik, a former financial adviser to President Jacob Zuma, was in 2005 found guilty on two charges of corruption – one of which was soliciting a bribe from an arms deal company for Zuma – and one of fraud, and sentenced to 15 years in jail.

The third form of corruption was that of gift-giving, with Tony Yengeni the most high-profile beneficiary. Then the chairman of Parliament’s Joint Standing Committee on Defence and a senior ANC member, he got a 50% discount off a Mercedes Benz 4X4 from Daimler-Chrysler Aerospace, which owned shares in European Aeronautical and Defence Systems, the winner of a R220-million contract to supply radars for the corvettes SA purchased.

Daimler-Chrysler later provided a list of 32 other beneficiaries, including defence force chief Siphiwe Nyanda and Vanan Pillay, a Department of Trade and Industry employee who was on the International Offers Negotiating Team.

Last but not least of the corrupt practices is post-employment, also known as “revolving door corruption”. This happens when a state employee lands employment with a contractor after the contractor is awarded a tender in which the state employee was involved.

Retired admiral Kamerman, who had been central to the combat suite negotiations, joined successful bidder ThyssenKrupp Marine as a vice-president in 2006, according to Holden and Van Vuuren in their book.

This violated an agreement that no one involved in the arms deal process could join a contractor within eight years of the deal being signed i.e. before 2007. Despite the defence force being aware of Kamerman’s actions – defence minister Mosiuoa Lekota confirmed before Parliament that Kamerman had begun working for ThyssenKrupp within the ban period, without official consent from the SANDF chief – no action was taken as “the umbrella agreements did not make provision for legal action against an individual member of the Department of Defence who takes up employment with the seller”, Holden and Van Vuuren reported in their book.

However in his testimony before the commission on 26 May, Kamerman denied any impropriety in his joining ThyssenKrupp and said he did get permission to join the company.

“My leaving the navy had nothing to do whatsoever to my activities under Project Sitron,” he testified, pointing out that he had opted to take the voluntary early retirement package in 2005 which had been made available to “senior officers from the previous dispensation”. He said he had joined ThyssenKrupp as he wanted a “second career” after 33 years in the navy, during which he had “ basically done everything” and that it was pretty clear that his aspiration of becoming chief of the navy, his “long-held career goal”, would not materialise.

He testified that while the supply terms did not forbid anyone from joining the suppliers within eight years without permission, he had in fact got permission.

Kamerman also testified that he had never recommended eventual bidders, the German Frigate Consortium, but had instead plumped for their Spanish rivals on “military value”.

The lack of “adequate enforcement and wrongdoing not being punished’ is behind the scale of corruption, Paul Hoffman, director of the Institute for Accountability in Southern Africa pointed out.

He said while South Africa’s legislation was adequate, existing anti-corruption mechanisms were “inadequate” and that a independent anti-corruption body needed to be established. The need for such a body has been highlighted by the Constitutional Court in its ruling in the Glenister case. Businessman Hugh Glenister took the state to court over the disbandment of the corruption-fighting Scorpions –which had been investigating the arms deal – and its replacement with the Hawks, arguing that the legislation that led to the establishment of the Hawks was not sufficient to insulate it from political interference. 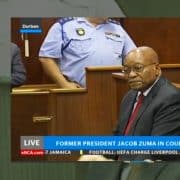 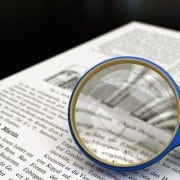