Global anti-corruption organisation Transparency International’s (TI) two-year campaign titled Unmask the Corrupt was launched in September 2014. The campaign seeks to root out a specific form of corruption in government, business and civil society – that of transferring stolen assets across international borders by using shell companies, companies with opaque ownership structures, and money laundering.

“Think of people or organisations that get away with enriching themselves at the expense of the public, using shadowy schemes to stash their wealth abroad,” reads the campaign website.

The No Impunity initiative includes various TI programmes and activities such as promoting robust national judicial systems capable of preventing and punishing corruption, and also encouraging the public to explore unique ways of using social and political sanctions against corrupt national figures who evade prosecution.

Now the organisation has added another dimension to the campaign by inviting everyone to nominate who they believe the worst culprit in the world is, and help ensure that they don’t get away with their crimes.

“We’ve had enough of corrupt politicians and businesspeople abusing their power to enjoy luxury lifestyles funded by stolen public money… It’s time they face real consequences for their crimes. By joining forces together, we can make that happen.”

The global foundation is asking everyone to visit www.unmaskthecurrupt.org and nominate their favourite cases of grand corruption. The competition, as it were, runs over three stages: in part one, which started on 1 October 2015 and is active until 30 November, members of the public can nominate a corruption case they feel deserves global attention.

When the nominations phase closes at the end of November, a high-level panel of judges will meet to select a shortlist of the most emblematic cases. On 9 December – International Anti-Corruption Day – the shortlist will be published on the campaign website for voting by the public, who will choose who they feel is the most corrupt of the candidates. This marks the beginning of part two.

In part three, which will roll out on 10 February 2016, the public will again have their say in determining what consequences the chosen culprit should face. “We want you to play judge and decide what the course of justice for the corrupt should be. You can help bring down the guilty in just a few clicks.”

Whatever the outcome, TI will pursue it and bring the corrupt to justice.

Nominees include the likes of world football body Fifa, and Zine al-Abidine Ben Ali, the former president of Tunisia. He, his family and others in his inner circle defrauded the state of between an estimated US$1-billion to U$2.6-billion over a seven-year period, according to new research by the World Bank.

The cases should already be in the public domain and well reported in the media and they should fit TI’s definition of grand corruption, which is “The abuse of high-level power that benefits the few at the expense of the many and causes serious and widespread harm to individuals and society. It often goes unpunished.”

“We’re not looking for new cases of corruption that haven’t been covered in the media before, neither are we a whistleblowing channel or platform to be used to air personal grievances,” says TI.

Nominations can be made anonymously, with a maximum of 400 words, and submitted in Arabic, English, French, Portuguese, Russian, and Spanish. Each nomination will be scrutinised by a team of anti-corruption experts, who will do the necessary fact and libel checks, and ensure the entry is relevant to the grand corruption theme.

“Corruption at the highest level affects us all. It steals money from you and me and erodes trust in our leaders. The very worst thing we can do is keep silent about it,” says the organisation. 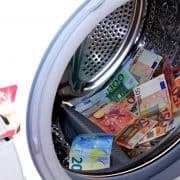 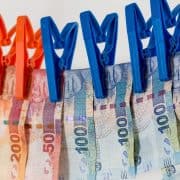