Corruption and the law in South Africa – part one 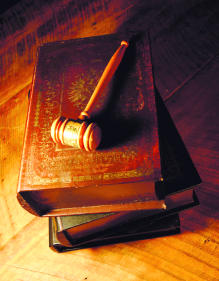 Corruption is not a problem unique to South Africa, but it is one of the country’s major challenges. In our new three-part series we will examine the international conventions, local legislation, and other channels that should be helping our country get to grips with the problem.

Part one introduces the international anti-corruption conventions which inform South Africa's domestic laws, part two unpacks our leading piece of legislation on corruption, the Prevention and Combating of Corrupt Activities Act, and the third and final part looks at the local institutions and commissions whose specific task is to root out, tackle and eliminate all forms of corruption.

Transparency International’s 2013 Global Corruption Barometer indicated that South Africa is one of the countries where people feel corruption has increased – not just among government officials but among its citizenry.

Almost half, that is, 47% of South African respondents said that they had paid a bribe in the past year to at least one of eight public services mentioned. Turning the tables, respondents were of the view that the police force is the most corrupt public institution in the country.

Yet there are numerous anti-corruption measures already in place – but if they’re not effectively implemented it will be impossible to successfully fight corruption. This too is not a wholly South African situation – the global barometer reports that respondents from 88 countries felt that government anti-corruption measures were ineffective, while respondents from just 11 nations felt that they were working.

Because Corruption Watch provides the public with a platform to expose underhanded dealings, the organisation receives reports on a daily basis alleging corruption in various sectors, such as education, health and the police. Since its inception in January 2012 to the first week of November 2013, Corruption Watch has logged 5 406 reports, of which 2 465, or 46%, have been classified as corruption.

Corruption Watch has also been involved, in various capacities, in several high-profile investigations into corruption. They include the case against former police intelligence head Richard Mdluli;  the awarding of a lucrative R182-million tender awarded by the Mpumalanga health department to a private service provider without following the proper procurement process; a submission to the Competition Tribunal with regard to the collusion scandal in the construction industry; and an appearance as a friend of the Constitutional Court in the R10-billion tender case involving social grants.

With national elections coming up in 2014, parties tend to punt their stance against corruption as a sweetener for voters. According to a recent article written by the Institute for Security Studies (ISS), the electorate will ask questions around accountability and anti-corruption policies, and especially the young voters. The ISS goes on to say that political parties are going to have to work hard to earn the vote of the youth, in light of the corruption that affects young people’s future and destroys their trust in their leaders.

One of the reasons for ongoing corruption is that the existing laws have not been adhered to or implemented to their fullest extent, although the framework is strong, with several pieces of domestic legislation already in place. This indicates some degree of political will to clean up corruption, though not enough will to ensure that intention is translated into action. In the meantime, wrongdoers can carry on without being called to account.

South Africa is a party to a number of international and regional conventions that set out obligations to fight corruption. In addition, South Africa has enacted domestic legislation in order to give effect to the commitments enshrined in these conventions.

This means that the country is legally bound to fight against corruption.

South Africa is a party to four major conventions:

These conventions need to be brought into effect domestically. There are two approaches that a country can follow in making an international piece of law binding in its domestic jurisdiction, namely monism and dualism – South Africa follows the dualism approach.

So there must be a piece of national law that explicitly incorporates the international law, otherwise it does not become part of national law and citizens cannot rely on it nor can judges apply it and national laws that contradict it remain in force.

The UN Convention against Corruption

Some of the key features of the UNCAC are the requirements to take steps to:

These are not going to happen by themselves, says the UNCAC – parties must ensure that certain steps and processes are in place so that everybody can get involved. These requirements include the promotion of active participation of individuals and groups, including civil society and community-based organisations, in the prevention of and fight against corruption; codes or standards of conduct for public officials; and appropriate training so that they can perform their functions effectively and honestly.

These anti-corruption policies must comply with the rule of law, and foster integrity, transparency and accountability;

Whistle-blowers are also covered under the convention, which states that parties should consider incorporating measures into their domestic legal systems to provide protection against unjustified treatment of persons who report corruption in good faith.

South Africa’s obligations in terms of this convention find expression in domestic legislation such as the Prevention and Combatting of Corrupt Activities Act; the Prevention of Organised Crime Act; the Protected Disclosures Act (also known as the Whistle-blowing Act); and the Criminal Procedure Act, among others.

The AU Convention against Corruption

The African Union Convention on Preventing and Combating Corruption was adopted in 2003 and came into force in 2005. In 2004 South Africa signed the convention and ratified it in 2005. It has a number of provisions similar to those of the UN Convention against Corruption.

Under the OECD convention, parties must take measures to establish that, under their own laws, it’s a criminal offence for any person to bribe a foreign public official to obtain an improper benefit in international business. Parties must ensure that such action is punishable.

South Africa is a non-member country of the OECD, but since 2007 has been a party. It has a working relationship with the OECD organisation and has adopted this convention.

The SADC Protocol against Corruption

The Southern African Development Community’s Protocol against Corruption was adopted by heads of state at the August 2001 summit in Malawi. This was the first sub-regional anti-corruption treaty in Africa.

The SADC Protocol against Corruption provides for the prevention, detection and punishment of corruption. It also covers co-operation between states, and corruption in both the public and private sectors. The protocol recognises that demonstrable political will and leadership are essential in the fight against corruption. It affirms the need to garner public support for initiatives to combat corruption.

Don’t miss part two of our series, in which we will examine South Africa’s primary legislation on corruption, the Prevention and Combating of Corrupt Activities Act (12 of 2004).

Excerpt
In our new three-part series, we will examine the international conventions, domestic legislation, and other channels that should be helping our country get to grips with the problem. Part one introduces the international anti-corruption conventions which inform South Africa’s domestic laws.
File Upload

Civil claims against colluders to go ahead
Scroll to top