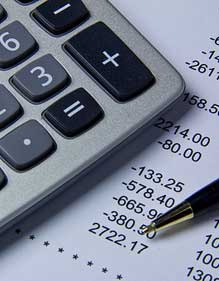 I see that the Public Service Commission (PSC) has reported recently that corruption in the public service costs us almost R1 billion! The commission's DG is quoted in the press as saying that the fundamental problem is senior managers in the public service who also have business interests and get away with this simply by disclosing such interests. How do we put an end to this?

No, disclosure is not enough. We have been consistent in saying strongly that under no circumstances should public servants be permitted to own a company providing goods or services to the department in which they are employed.

Public servants must pay heed to the laws, regulations and guidelines that govern their conditions for employment. And these codes of conduct must be enforced with prosecutions and suitable punishment for violations.

•      The regulations to the Municipal Finance Management Act prohibit persons in the service of the state at local government level from bidding for government contracts;

•      The Prevention and Combating of Corrupt Activities Act makes it an offence, subject to certain exceptions, for a public official to hold a private interest in any contract connected to the public body that employs the official;

•      The Public Service Act states that employees should not perform work outside their employment except with the written permission of the executive authority of the department;

•      The Regulations to the Public Finance Management Act (PFMA) requires supply chain management officials and other role players to recognise and disclose any conflict of interest that may arise.

How do we make disclosure a better bulwark against corruption creep? How do we curb the abuse of position in the public service? To stop such activity we must ensure that the consequences outweigh the benefits and make the business of corruption shameful.

The Financial Disclosure Framework, set up to provide a check on corruption, requires disclosure on shares and other financial interests, directorships and partnerships, remunerated work outside of the public service, consultancies and retainerships, sponsorships, gifts and hospitality from a  source other than a family member, and land and property (both inside and outside the Republic). A commissioner of oaths certifies the information.

Now this is a pretty comprehensive disclosure required from a public servant, and yet too few are held to account.

There must be a “cost benefit analyisis” going on in the mind of the corrupt official. “If I get caught is it likely to be a slap on the wrist, ‘redeployment’,  or prosecution and punishment?” We want public officials to think far more carefully about putting their hands in the till because the personal risk becomes too high.

Corruption Watch is in possession of a document detailing – in the Eastern Cape health department alone – that 8, 034 employees are directors of active companies, while 929 are listed as suppliers to government departments. Over four years, 35 companies whose directors are spouses of the department’s employees rendered services.

It would seem that despite all the legal safeguards put in place, conflict of interest continues unhindered, leading to public servants lining their pockets, with little or no consequences for both conflicted employees and non-compliant accounting officers.

The recent report of the PSC clearly establishes that these constitute gross conflicts of interest and are a major source of corruption and recommends their outright prohibition. Their recommendations should be made law.

Take a stand and report an incident of corruption. This article originally appeared in the Sunday Times Business Times on 2 December 2012.

Excerpt
I see that the Public Service Commission has reported recently that corruption in the public service costs us almost R1 billion! The DG is quoted in the press as saying that the fundamental problem is senior managers in the public service who also have business interests and get away with this simply by disclosing such interests. How do we put an end to this?

High-flying Joemat-Pettersson gets a big 0

Youngsters urged to speak out for a cleaner SA!
Scroll to top