By Chris Heathcote
First published in the Sierra Leone Telegraph

Infrastructure is crucial to Africa’s growth prospects. It’s also hard to get right, a reality acknowledged by delegates from around the continent and further afield who recently gathered in Cape Town, South Africa, for Africa’s first roundtable on infrastructure governance.

Until now, policy makers have largely focused on improving access to finance. But, as was evident from the discussions in Cape Town, a consensus is developing globally that a major factor hindering infrastructure implementation is a lack of good governance and well-planned projects.

Hosted by the Development Bank of Southern Africa, it was the first in a series of roundtables being delivered by the World Bank, OECD, the Global Infrastructure Hubr (GI Hub) and other partners, which aims to help countries move towards infrastructure planning and governance frameworks that facilitate inclusive and sustainable investment decisions.

There’s certainly no denying the need for infrastructure development on the continent, as was emphasised during the course of Germany’s G20 Compact with Africa initiative. In sub-Saharan Africa, only 35% of the population has access to electricity.

Access to modern transport has declined in the region over the past 20 years, and 23% of the population still lacks access to safe water. This shortfall of infrastructure investment in Africa is estimated at nearly $100-billion per year. This, in turn, means lower growth, fewer jobs and fewer opportunities.

A 2014 study by the International Monetary Fund found that increased public infrastructure investment raises output in the short term by boosting demand and in the long term by raising the economy’s productive capacity.

More specifically, the study found that an increase of one percentage point of GDP in investment spending raises the level of output by about 0.4% in the same year and by 1.5% four years after the increase.

In addition, the boost to GDP a country gets from increasing public infrastructure investment offsets the rise in debt, so that the public debt-to-GDP ratio does not rise.

In other words, investment in public infrastructure can pay for itself and more, but only if it’s done correctly. That’s a big if. We’re all familiar with projects that have turned into white elephants, beset by fraud, waste, and inefficiencies.

Infrastructure can be a very powerful engine of economic growth, but only if it’s an economically crucial piece of infrastructure created as part of carefully thought out development plan. If not, a country risks falling into the trap of building infrastructure that does not create growth and which it can’t afford to maintain, which then falls into disrepair. This is known as the ‘build, neglect, rebuild cycle’.

It’s why when canny investors, whether they be multi-lateral institutions or private sector players, look at markets they want to understand why a particular piece of infrastructure is necessary, what revenue it will drive and whether it is affordable. They know it can only be affordable if it’s driving growth by one means or another.

This is also why corruption is such a hindrance to economic growth. Corruption can easily add a 40% ‘inefficiency premium’ to a project, which means any multiplier effect evaporates. Instead, of boosting the country’s economy, the project becomes a drag on the economy.

This was a reality readily acknowledged by delegates at the Africa roundtable. Significantly, this went beyond mere acceptance of these challenges; there was a distinct appetite to explore mechanisms for better governance and innovative investment techniques aimed at addressing them.

At GI Hub, we have found that public-private partnerships (PPPs) can play a valuable role in combatting corruption by increasing transparency across the project lifecycle. Where we see countries improving in terms of their corruption indexes, we quite often see PPPs being used to overcome that corruption and to improve levels of transparency.

So, it was heartening to see a number of PPP case studies shared at the conference, along with some advanced procurement mechanisms being employed by smaller African countries.

A notable example was Liberia, which has a relatively modest GDP and used money from taxation, bolstered by World Bank finance, to create a finance structure for a road project that cleverly aligned the interests of the private and public sectors.

Instead of inviting contractors to bid for a once-off project with a single, large price tag, the government called for the provision of a well-maintained road over a 10-year period.

This is a clever mechanism as it discourages the kind of ‘build and run’ approach taken by unscrupulous contractors on some projects in Africa and other regions, projects which leave the client country with shoddily constructed piece of infrastructure that quickly falls into disrepair.

On the Liberia project, by contrast, the road builder’s interests (a consistent source of income over 10 years) were aligned with the governments (a well-maintained road over the same period).

This model not only allows both the client government and contractor to plan upfront, helping to prevent the all-too-common problem of budget overruns, it also discourages corrupt players on both sides who are usually more interested in a single big ‘payday’.

The transparency built into such models also makes it much harder for the corrosion of corruption to creep in.

In addition, the successful use of techniques like these prepares the country for future participation with the private sector, gaining it a reputation over time as an attractive destination for secure, long-term contracts. This will attract the right kind of investors, rather than the corrupt or ‘fly-by-night’ variety mentioned earlier.

Naturally, trust is key to the success of such approaches. After all, the bidder needs to be confident that the client government will not change the terms of the deal halfway through by finding arbitrary excuses to withhold payments, for example. Respect for the rule of law is the basis for such trust.

The InfraCompass tool created by GI Hub studied infrastructure markets across 49 countries to pinpoint the best conditions for infrastructure delivery, and found the strongest driver of investment was the rule of law. Investors want to know what legal frameworks exist and whether they are being fairly applied and in a timely manner. Kenya is one of the examples in our InfraCompass study of a country which used PPP laws to increase transparency and to show its willingness to run clean bidding processes.

This is why governance, rather than development finance, was the primary focus of the Cape Town roundtable. Of course, finance is vital. Without it, infrastructure development would not be possible.

But there’s a growing realisation globally and in Africa that if you get the governance aspects right, the finance will follow. Get it wrong and the investment will dry up.

The good news is that African countries are increasingly getting it right and investors are starting to sit up and take notice. The question is no longer whether to invest in Africa, but which countries in Africa will be most likely to stand behind the sort of long-term contracts investors are interested in and have the economic plan to create and maintain the stability they require.

By showcasing positive examples, like the Liberia project and others, and providing practical support at the political and bureaucratic levels, this roundtable has taken an important step towards helping to speed up the transition of more African countries to better infrastructure governance models.

• Chris Heathcote is the CEO of The Global Infrastructure Hub, a G20 initiative which aims to increase the flow and quality of private and public infrastructure investments, by facilitating knowledge sharing, highlighting reforms and connecting public and private sectors globally. 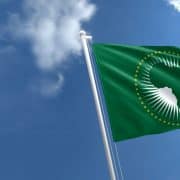