Government procurement is a sometimes complicated, but necessary process. Government entities have strict procurement regulations that they must abide by – but at Corruption Watch, a significant number of the reports we receive involve corruption in the procurement process.

A recent matter involving Beaufort West mayor Truman Prince may prove to be another of those incidents. Western Cape premier and former DA leader Helen Zille, in an article shared publicly, noted that 2016 is an election year, and parties will be looking for funds for their campaigns.

Zille then cited a letter, which she had obtained, written by Prince to Raymond Cele on official stationery. Cele is the chairperson of the Construction, Education and Training Authority (C-Seta), which plans to build a skills development and trade test centre in Beaufort West municipality in the Western Cape.

In his letter Prince said openly that his ANC-led municipality is in need of financing for its local government election campaign, and would want construction companies that are sympathetic to the ANC cause to be brought on board, “in order for these companies to inject funds in our election campaign process”.

Prince added that he sees the skills centre project as a mechanism that would help the ANC gain ground lost to the opposition DA.

“In plain language Mayor Prince is saying: the ANC needs money for its 2016 election campaign to prevent the DA taking over Beaufort West,” wrote Zille. “They therefore need to control municipal procurement to ensure that companies that get the contracts are ANC-aligned and willing to give us a significant cash injection for the ANC election campaign.”

She mentioned that she had sent a copy of the letter to finance minister Pravin Gordhan, and would be watching to see if Prince is rewarded or punished. His actions are symptomatic of the trend in South Africa which allows poorly run municipalities to continue on their merry way with no attempt to recover funds that are wastefully spent or lost to corruption.

Prince has denied the allegations, saying he did not specifically ask for favours. But though no money may change hands, a situation may still be fraught with corruption. Any manipulation of the tender process is unacceptable, and deciding beforehand which company should win a tender, or considering only those which meet certain irrelevant criteria, is downright corrupt.

Furthermore, that Prince can’t see this and that he claims he did nothing wrong, is telling.

Cele did not respond to his letter and C-Ceta used its own procurement for the project, Prince told News24. 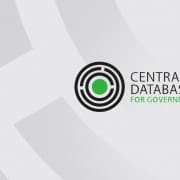