A company found guilty of inflating prices of masks and personal protection gear has agreed to pay millions in fines after the Competition Commission conducted an investigation into its activities, following complaints.

The commission said on Wednesday it referred a matter to the Competition Tribunal after finding evidence of price inflation during the lockdown. An agreement was reached between the company and the tribunal after its directors admitted to this unethical practise.

“We found that Matus (a protective gear supplier) unreasonably increased the prices of dust masks resulting in excessively inflated gross profit margins in contravention of the Competition Act and Regulation 4 of the Consumer Protection Regulations,” said the commission.

It said in terms of the agreement, Matus would pay an administrative penalty of R5.9-million.

“The company will also contribute R5-million to the Solidarity Fund. Further, it will, with immediate effect, reduce its gross profit margin on dust masks to acceptable levels for the duration of the state of national disaster,” said the commission.

Commission clamps down on companies accused of price inflation

Ngwema said the commission was still pursuing other companies and retailers who were accused of inflating prices since the Covid-19 outbreak, and has reached settlements with some. In a number of cases, the price adjustments were made as recently as March 2020.

He said such settlements would include the reduction of prices and the contribution of various amounts or essential hygienic items, based on the merits of each case, to charity organisations nominated or approved by the Commission, including the Solidarity Fund for Covid-19.

“In some cases, some retailers have agreed to freeze price increases and/or run specials,” Ngwema said.

UPDATE, 2 May 2020: We previously reported that Dis-Chem had been found guilty of price inflation. This was incorrect information as the case is still in progress, and we have accordingly amended our article to reflect the current situation.

In its media statement announcing the referral to the tribunal, the Competition Commission said: “Dis-Chem has charged excessive prices on essential hygienic goods to the detriment of customers and consumers in contravention of Section 8(1)(a) of the Competition Act.”

Commissioner Thembikosi Bonakele said the company should have not exploited its customers during these economically difficult times.

“People who sell these essential products ought to appreciate that these are literally lifesaving items right now. They shouldn’t be exploitative and take advantage of cash strapped consumers during the worst time in our history. We will spare no effort in protecting the consumer.”

Dis-Chem to challenge findings against it

According to an article published by Moneyweb, Dis-Chem denied the claims, saying its pricing was within regulated guidelines and it had not engaged in price-gouging or excessive price-fixing.

In an e-mail response, Dis-Chem told MoneyWeb that it was consulting its legal team and economic experts and would oppose the complaint referral.

“It does not believe that the information and data provided to the Competition Commission during its investigation establishes any contravention of the Competition Act,” said MoneyWeb. 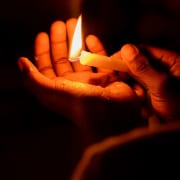 Load shedding blues for some communities 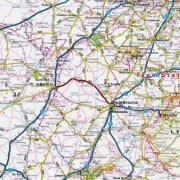 Living under lockdown: 2020 AC (After Corona)