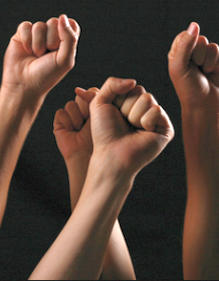 A Corruption Watch idea, involving online citizen activism against corruption, is one of 196 that have made it through to the public voting round in the annual Making All Voices Count global innovation competition. Check it out here and vote for our idea – there are two weeks left!

South Africa is one of 12 countries taking part in the Making All Voices Count programme – the others are Bangladesh, Ghana, Indonesia, Kenya, Liberia, Mozambique, Nigeria, Pakistan, the Philippines, Tanzania and Uganda.

The competition, according to the website, “calls for both new ideas and proven concepts to advance Making All Voices Count's overarching goal of increasing government transparency and accountability”. It’s open to individuals as well as entities ranging from companies and civil society organisations to government agencies, from anywhere in the world.

There are four categories to the competition – Budget Transparency, Access to Information, Asset Disclosure and Citizen Engagement.

The Corruption Watch idea, titled Online and mobile organising against corruption, is featured in the latter category.

After this, 30 semi-finalists will be chosen for the peer and jury review round, and in the last stage 10 finalists will be invited to attend Global Innovation Week in Nairobi in March, where they'll receive expert mentorship and make one final pitch.

On the Global Innovation Gala Night, April 3, three winners will be announced – they will receive grants while the remaining finalists will receive prizes.

We need your vote!

Read about our submission

ONLINE AND MOBILE ORGANISING AGAINST CORRUPTION

Innovative idea / concept & how does it promote transparency and accountability?: CW will avail an online platform for the people of South Africa to join and become a virtual force of corruption fighters. The social-collaboration platform will be used to share information and knowledge about corruption, share tools on ways of promoting accountability at community levels, and open the space for the public to influence policy reforms and actions. The platform will be complemented by on the ground activism that CW is already engaged in. Participants will be encouraged to become active in demanding and promoting transparency and accountability. Government will be invited to join the constructive conversations on the platform. CW has had a positive response in working with government and we will encourage official government stakeholders to use the platform to share information via podcasts and participate in live debates. This will be done with the intention of making government accessible and accountable to the public.

What does your government engagement strategy entail?: We will invite at least one government official per month to respond to certain issues emanating from the platform and partake in online debates. Government officials’ invitations will be extended in line with governance awareness days marked on the governance events calendar e.g. International Anti-Corruption day. As CW also engages with government, mainly off-line, we will also regularly report back to the community about communication from the government.

Your idea/concepts’ effect on gender equality, disadvantaged groups and/or grassroots?: Corruption impacts those that are most dependent on publicly provided goods and services. Poor households bear the largest burden of corruption and will benefit most significantly from its amelioration. CW’s social-collaborative online communities will be accessible on the website as well as on the applications used via feature phones as well as smart phones. There is evidence that an increasing number of poor people are using apps on feature phones such as Mxit to access information

Why should YOU win?: CW is pioneering a corruption reporting website and an anticorruption social media strategy in SA. The collaborative platform will enable South Africans, who want to belong to an anticorruption movement, to have a platform to interact constructively with government.

Excerpt
A Corruption Watch idea is one of 196 in the public voting round in the annual Making All Voices Count global innovation competition. Vote for our idea by 30 January!
File Upload

What’s the arms deal all about?
Scroll to top