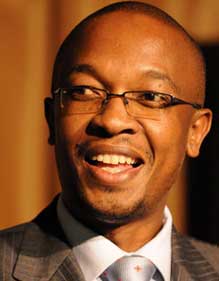 The City of Johannesburg has fingered 30 businesses alleged to have fleeced the municipality of R200-million worth of potential power revenue. For their part in this exercise of the government catching out the private sector for dubious acts and exposing its corruption, the City is our hero of the week.

As many as 22 people have been arrested, according to Executive Mayor Parks Tau, who briefed journalists on Thursday about the investigation that led to the arrests. He also said 10 more arrests were expected in the coming days.

Tau said the City had recovered R107-million through the probe and that the alleged fraud involved some of its employees, employees of its power utility, City Power, as well as private contractors. The names of those arrested have not been released, but two City Power employees and two City of Johannesburg employees are among them. The others are contractors and members of the public. In total, 109 cases were investigated for corruption, collusion, fraud and tampering.

Big business was widely implicated – so much so that Johannesburg had thus far only exposed the tip of the iceberg; other municipalities and Eskom were equally affected countrywide, said Eric Bott, an energy consultant and investigator at Energy Measurement Consulting, speaking to Moneyweb.

Tau said investigations had started a year ago, and so far implicated 30 large power users. "Sixty one of the cases were only discovered in the last two weeks and 10 more arrests are expected to be made within the next two weeks." According to the Moneyweb report, Sicelo Xulu, the managing director of City Power, would not say whether any electricity resellers were involved, as it could compromise on-going investigations.

An average of 32% of outages experienced each month are a result of theft and vandalism; 16% are caused by damage by third parties; and 12% are related to stolen cables and illegal connections.

Member of the mayoral committee for environment, infrastructure and services Matshidiso Mfikoe will give further information on the names of the culprits as soon as the investigation is concluded.

Excerpt
Our hero of the week is the City of Johannesburg, for stepping up and exposing corruption and collusion in the distribution of electricity between its utility, City Power, and the private sector. Already 22 people have been arrested, with more arrests expected.
File Upload

Seriti Commission must be fair to both sides
Scroll to top