Corruption Watch researchers recently analysed the reports we have received pertaining to applications for learner’s and driver’s licences, specifically in Gauteng, with a view to highlighting corruption trends in licence departments.

Our analysis indicated that corrupt practices are acceptable even if deterrent measures such as cameras are implemented, and it is often the officials who solicit bribes from prospective drivers, at times accomplished with the assistance of driving instructors. The most unfortunate aspect about this trend is that young people, because of their social circumstances, often have no choice but to resort to being corrupt. This points to a serious social problem in that our youngsters – the future generation – are being taught these corrupt ways by those who should be leading them and setting the example of how to conduct themselves.

The analysis covers reports received from the beginning of 2012 to the end of November 2016, through our 10 reporting channels, for example the website, call-centre calls, e-mails and text messages. The reporters are ordinary people who have been exposed to various forms of corruption at licence centres in Gauteng metros.

To date we have on record almost 420 such reports, highlighting various corruption issues in licence centres around South Africa. In 2012 we received 36 reports and from then on the numbers grew until the tally for 2015, up to November, was 123.

Of the total number of confirmed corruption reports received, slightly less than 50% highlight corruption in Gauteng. KwaZulu-Natal comes a distant second with just under 9%, while the Northern Cape shows the smallest number of reports, at 1%. There are a number of possible reasons for this gap, such as the fact that Corruption Watch’s offices are based in Gauteng, thus most of the initiatives are directed in and around the province, as well as provincial population figures.

Most of the Gauteng reports (48%) originate in Johannesburg, with just over 21% coming from Tshwane.

The most common form of corruption mentioned is bribery, which accounts for almost 93% of the reports. Other allegations include irregular employment, embezzlement of funds, and corruption pertaining to fraudulent documents.

In terms of bribery, reporters implicated officials in various licence departments as well as instructors or owners of driving schools. Prospective drivers are asked to pay money ranging from hundreds to thousands of rands just to receive a learner’s or driver’s licence.

These prospective drivers are forced into being complicit in corruption because when they do not comply, their prospects of obtaining licences are much lower (if any).

Another reporter described the experience of doing a driver’s test perfectly but was failed by the test officer, apparently because the reporter had no money. “There was a lady who went testing before me came back in 5 minutes and had passed meaning she didn’t do all the obstacles. I am still with no license had to redo my learners extra costs…”

Other reporters have been asked for money to get an earlier testing date.

What we do with reports

Corruption Watch depends for most of its work on reports received from people who are fed up with corruption. We use the data in various ways:

Investigations are not on the top of our list because that is not our primary function – we are first and foremost an advocacy organisation. The limited capacity of our legal and investigations team means that investigative matters are screened and accepted on a stringent basis, taking into account a number of factors, including the prospects of successful investigation and intervention, based on information provided and the nature of the matter. Decisions to engage in strategic impact litigation are likewise subject to much deliberation and are conditional on a number of factors, including the merits of the matter and the impact it would have.

Even if we don’t investigate your case, your report will help us in many ways. We need to know where corruption is happening, what forms it is taking, and who is doing it. If we don’t know these things we will not be able to identify trends in corruption, figure out where the corruption hotspots are, launch campaigns that address specific issues, or enter into dialogue with government to work with them on fighting corruption. 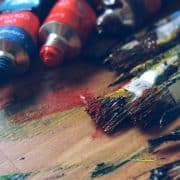 2016 CPI to be released this week
Scroll to top