Menoe said the reports give the organisation the information it needs to reach out to government departments and form partnerships to help in the fight against corruption. “We say to them, here are the trends and hotspots of corruption in the schools, and here are the gaps in the legislation and this is what we think can be done to address these,” Menoe said.

To date Corruption Watch has received over 1 100 cases of corruption since the organisation started its schools campaign. Of these reports, 54% implicate principals as the primary culprits in corrupt activities. “Principals and school governing bodies have been shown to manipulate basic financial rules and regulations in order to directly enrich themselves,” said Leanne Govindsamy, the head of Corruption Watch’s legal and investigations department.

“Our investigations have revealed gross financial mismanagement, including misappropriation of school funds, procurement irregularities and failures to prepare for and implement school budgets,” Govindsamy explained.

She said the reports follow a pattern of collusion between, among others, members of school governing bodies (SGBs), teachers, family members and other outside parties involved in contractual arrangements with schools.

According to the report, financial mismanagement accounted for 37% of the reports, theft of funds accounted for 20%, and tender corruption made up 13%. Employment corruption, abuse of power and theft of goods made up the rest of the reports received with the bulk of reports coming from Gauteng, Free State, KwaZulu-Natal and Eastern Cape.

Menoe said that for the organisation, it was crucial to embark on such a campaign as teachers often approach Corruption Watch with reports of corruption. They say that they cannot get access to learning materials and that learners are not able to eat, as the schools feeding schemes should provide for them but the food ends up in the boot of the school principal’s car. “It is very important to us because the people who are really suffering are the learners,” he said.

The core of the organisation’s work is communication, explained Menoe. He said through engaging with people, the team found that people on the ground do not have the necessary knowledge on how the schooling system works. “Parents don’t know what a quintile system is, they don’t know what a feeding scheme is – that is where corruption happens. When we engage with them one of the things that they say to us is that they do not necessarily understand their roles and responsibilities.”

Menoe said there is a very thin line between the role of a school principal and the role of a school governing body. Working together with other civil society organisations, the Corruption Watch team is looking at how they can increase the knowledge of parents in communities, so that when these parents go to meetings they know what kind of questions to ask to hold those that they have elected accountable.

Using media as a communication tool, Corruption Watch is using the reports it receives to develop education material which is used to educate the public.

There is a way forward

David Lewis, executive director at Corruption Watch, said the organisation has found that learners are interested in knowing more about its work. Lewis said the focus was on parents and SGBs – but he believes learners could play a role too. “The learners may be helpful in motivating parents who sometimes feel like there is nothing they can do once they find out that the principals are corrupt and the SGBs are corrupt and simply lose hope.”

Govindsamy offered some recommendations on how to stop the corruption. “Principals must be trained and capacitated to assist SGBs in the financial management of the school,” she said. Govindsamy commended the Gauteng Department of Education (GDE), saying it has led the way in helping with training teachers. GDE has established a directorate for schools financial management and governance, and has also partnered with the South African Institute of Chartered Accountants (Saica) to equip principals with the skills they need for good governance.

“We urge Saica members to volunteer their services and participate in this programme. Provincial departments are also urged to contact Saica so that similar programmes may be rolled out in their provinces,” said Govindsamy.

She said this is but one way in which Corruption Watch is taking the fight against schools corruption forward. The organisation is also following up on outcomes of departmental investigations and will ensure that there are follow-up publications. “Additionally, we will advocate for amendments to legislation and policy where necessary, and will make submissions on any draft amendments,” she added.

Corruption Watch believes the real heroes of this struggle against corruption are the whistleblowers.

“We want to stretch out our hands and offer applause to the whistleblowers who have engaged with us – they’ve put their lives at risk, most teachers have been victimised in so many different ways, we have SGB members who have been side-lined and excluded from discussions, because they raised issues that the school principals and other members of the SGB do not want to hear – the issue of corruption,” said Menoe. 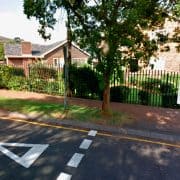 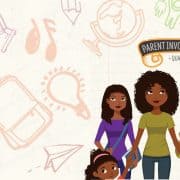 More arrests as Samwu hunts for its millions
Scroll to top