No more ignoring the AG’s recommendations

For at least the last five years, the Auditor-General (AG), a Chapter 9 institution constitutionally-mandated to audit the financial statements of all national and provincial departments, municipalities and state-owned enterprises (SOEs), has emphasised the alarming regression in clean audit outcomes. This regression, according to the AG’s Consolidated General Report on National and Provincial Audit Outcomes 2017-2018 was mainly due to the flagrant disregard of the AG’s audit recommendations.

Not only did fruitless and wasteful expenditure increase by over 200% from the previous year, to R2.5-billion, but at national level, clean audits appallingly regressed to 23%, from an already paltry 30% in the previous financial year.

This simple disregard of the AG’s recommendations and lack of consequences might to an extent be tackled with the Public Audit Amendment Act of 2018 (PAAA), which came into operation on 1 April 2019. The PAAA must be read with the new Material Irregularity Regulations and Investigations and Special Audits Regulations, which were also published on 1 April 2019.

What do these legislative amendments entail?

The PAAA provides the AG with additional powers over and above the AG’s auditing and reporting functions.

It firstly provides the AG with the power to refer a “suspected material irregularity” to a relevant public body (for instance the Hawks) for further investigation. A material irregularity relates to any non-compliance with or contravention of legislation, fraud, theft or a breach of a fiduciary duty (of the accounting officer), which has resulted or is likely to result in a material financial loss, for instance. This is where one must look at the Material Irregularity (MI) Regulations, which give practical effect to the PAAA Act.

The MI Regulations stipulate the steps the AG must take when he suspects such a material irregularity. Not only must all relevant information be provided to the accounting officer or accounting authority on the AG’s finding, but the AG must invite such accounting officer, for instance, to make written representations within a stipulated time. A strong provision enhancing accountability and transparency is the requirement that the accounting officer must, based on documentary evidence, show what steps were taken to deal with this irregularity, the outcome of such steps and what steps have been taken against the responsible person. Failing to do so provides the AG with the right to proceed on the basis that no action was taken.

A further important check and balance introduced is that when the AG refers such material irregularity to be further investigated by a public body (again the Hawks for instance) the public body must report back to the AG. The MI Regulations require reporting intervals to be determined by the AG and the AG must be informed of the outcome.

This additional power caused concern during the public deliberations of the proposed PAAA in 2018, as it was argued that the AG’s constitutional duty relates to auditing and reporting on the financial accounts and the Office should not be involved in the civil recovery of debt. The parliamentary legal advisor, however, held that the Constitution allows additional powers to be prescribed to the AG in terms of legislation and in this instance, the additional powers are rationally linked to the AG’s main function. The question remains whether it would be practically feasible for the AG to pursue such civil recovery?

The reality is that the PAAA and its MI Regulations will only be able to strengthen the accountability and transparency chain to an extent. The enforcement of clear reporting and feedback on recommendations, with consequences for failure, enhance accountability and will perhaps boost public confidence, in that those who abuse State resources will be held accountable.

However, the country has always had a prosecuting authority and investigative bodies mandated to investigate corruption and fraud, and the means to recover stolen money. Clearly, this has not happened. The primary issue is the functionality of and co-operation between these institutions – also with matters related to the work of the AG. 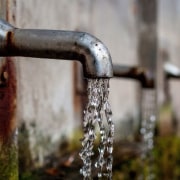 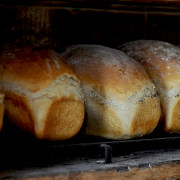 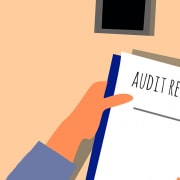 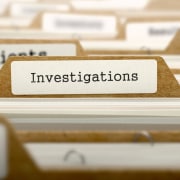 CW and R2K Seriti application set down for June ﻿