Nominees and applicants for the public protector announced

The ad hoc committee established to nominate a person for the appointment of public protector has announced the long-lost of candidates for the post. The committee received a total of 73 nominations and applications – seven candidates declined their nomination while others were not contactable so they could accept the nomination. These, and a number of others who were nominated verbally and have been declined, will be removed from the list.

The committee can safely say, therefore, that it has 59 candidates to be considered for short-listing. It is gratified not only with the number of names submitted, but also that there are more than 20 women among the candidates.

Candidates will receive a questionnaire to complete and return to the committee. This information will help the committee to draw up the short-list and later, in the interviewing stage.

People who submit comments and objections are asked to disclose their identity in order to authenticate their submissions. It should also be borne in mind that, objections against a nominee or applicant will not be automatically used to eliminate a particular candidate. The committee will follow due process in validating such objections.

The list of candidates, in alphabetical order of surnames, is as follows: 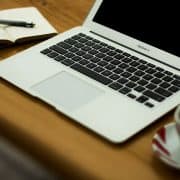