It’s important for people even outside of the EU to be aware of these issues. Deforestation affects us all, and when coupled with corruption its impact is more devastating – and you just never know when you might be in a position to make a difference.

A new report, titled Tackling corruption to protect the world’s forests. How the EU can rise to the challenge, was released in January by Transparency International EU and Global Witness.

The report aims to contribute to the development of EU policy on tackling illegal logging and related trade through the review of its Forest Law Enforcement, Governance and Trade (FLEGT) Action Plan. It outlines why and how corruption is a persistent problem in the logging sector and sets out recommendations for the EU.

Read Blackman and Gaita’s piece below.

Amid the political turbulence that kicked off in Europe in 2016, an important event from last year risks being forgotten, the unprecedented global commitment to tackle corruption.

World leaders at the anti-corruption summit in London committed “to expose corruption wherever it is found, to pursue and punish those who perpetrate, facilitate or are complicit in it, to support the communities who have suffered from it, and to ensure it does not fester in our government institutions, businesses and communities”.

But as with any pledge, the proof is in the pudding.

Less than a year on the EU faces a key opportunity to tackle corruption in the logging industry, where it is most rampant, yet little-known and poorly understood, in some of the world’s most fragile and climate-critical ecosystems, rainforests.

The EU is uniquely placed as one of the main consumer markets for tropical timber and has a key responsibility to promote and pursue fundamental reforms to tackle corruption in source countries.

As the European Commission prepares its follow-up to the review of the EU’s international forest policies corruption should be top of their agenda, as it risks undermining progress on all other fronts.

The natural resource sector is notoriously corrupt – the world’s most corrupt industry according to the Organisation for Economic Co-Operation and Development.

Across continents developing countries’ natural wealth is siphoned off by corrupt politicians and the companies they do business with, robbing national treasuries of public funds that could lift countless out of poverty.

With forests it isn’t only the host countries who lose out – it’s all of us.

Root out corruption to save rainforests

High levels of corruption in forest-rich countries like Indonesia, Malaysia, and the Democratic Republic of Congo mean rainforests are being cut down far beyond legal limits, destroying one of our best defences in the fight against climate change at a time when carbon emissions are higher than ever.

This devastates biodiversity and on the lives of communities living in and around the forests.

Corruption taints the logging industry at such scale that a fresh approach that goes beyond technical elements is needed.

Across continents, logging companies bribe officials for access to forest that should by law be protected. Police at forest checkpoints are paid to look the other way when timber trucks come and go far more frequently than they should. Documents are tampered with at ports, suggesting timber is legal when it isn’t.

Much of this timber ends up in the EU despite the EU Timber Regulation (EUTR) banning import of illegal wood.

But as one of the only consumer blocs with such laws the EU has the potential to play a key role in tackling the problem. Member states, with support from the commission, must improve compliance and step up their enforcement.

Crucially, this should include measures that are specifically designed to guard timber supply chains against corruption.

Plant the seeds for future forests

While the EUTR is aimed at choking demand for illegal timber, the FLEGT Action Plan represents the EU’s efforts to tackle the problem at source, including through bilateral agreements with timber-producing countries.

This plan does include elements that can help tackle corruption, but should be reoriented and strengthened to tackle the scale of the corruption challenge.

Independent forest monitors should be an essential part of all EU interventions on the forest sector. This might include logging permits being reviewed and cancelled when they are allocated corruptly.

Law enforcement efforts should be strengthened and measures to tackle conflicts of interest and common minimum standards for accessing information on logging concessions put in place.

To ensure that they’re robust the EU’s efforts to improve the governance of tropical forests should be firmly embedded in broader anti-corruption strategies promoted through the EU’s development and foreign policy.

This should guarantee basic freedoms, such as freedom of expression and freedom of information and strengthen the rule of law in producer countries.

This should take place in close cooperation with other donors, in partnership with national governments, and be driven from the highest political level.

Without strengthening anti-corruption checks and balances along timber supply chains Europe will miss a major opportunity to contribute to global efforts to halt climate change at this crucial time. 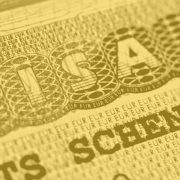 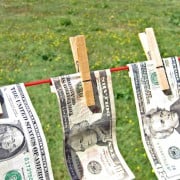 Looking out for whistleblowers’ rights
Scroll to top