Public must blow whistles to help us fight corruption

Corruption is but one of the major challenges confronting SA alongside other arguably more serious problems. Think of poverty, inequality and unemployment. Think of persistent racism. Think of our public education and health systems. Think of our dysfunctional criminal justice institutions and the parlous state of critical state-owned enterprises such as Eskom, South African Airways, the Airports Company SA and the Passenger Rail Agency of SA, to name but four.

And yet, despite the gravity of these problems, corruption is front and centre of our public discourse. It was certainly the most powerful influence on the outcome of the local government elections. It accounts for persistent violent “service delivery” protests. It is the root cause of the turbulence consuming the governing party.

Barely a day goes by without a disclosure of grand corruption. If the president is not shepherding a disgraced former state enterprise head into Parliament and, it’s strongly rumoured, into the Cabinet, then a cartel of our leading banks is exposed.

Ministers are taking unexplained day-long holidays in Dubai, among the most secretive tax havens in the world, while others are toying with the lives of millions of South Africans by wilfully putting the payment of social grants in jeopardy.

Why is this happening? Why is the president willing to flout public opinion and risk further divisions in his own party and Cabinet by pandering to the likes of Brian Molefe; why tolerate a Bathabile Dlamini, someone of dubious competence and integrity who has, into the bargain, shown a middle finger to the Constitutional Court? Is it out of a sense of misguided loyalty? Or do they know too much?

Second, the public is particularly outraged by corruption because it is eminently preventable. Poverty, inequality and unemployment are huge global problems.

In our case, the apartheid legacy undoubtedly plays a significant role in the scale of these problems and in our difficulties in overcoming them. But this isn’t the case where corruption is concerned. To be sure, the apartheid state was riddled with corruption. Indeed, government by the few for the few is what defines both apartheid and corruption. But this is no longer the case.

When the people of SA voted in 1994, we broke decisively with the system of governance that characterised apartheid. And yet our country is ravaged by corruption.

Why is this? We could point to what are widely construed to be the most important causes of corruption. These are, first, impunity enjoyed by the politically powerful and the wealthy that cascades down from the president to members of his Cabinet, to senior public officials, to powerful business figures, to provincial premiers and MECs, to mayors and local government councillors.

Second, rampant corruption in the leadership of key police units and in our prosecutorial authority is what enables powerful perpetrators in the public and private sectors to evade consequences for their actions. But this reasoning is circular. It’s like saying our corruption problem is caused by corruption.

What SA’s experience in the past 20 years teaches us is that to build an effective, corruption-free democracy we need something more than periodic elections. We need active, vigilant, demanding citizens persistently holding their leaders to account.

After our victory in 1994, we relaxed our vigilance. This is the root cause of rampant corruption. And so, since our launch in 2012, Corruption Watch has sought to encourage and enable an active and informed citizenry.

We have much reason to be pleased with the fruits of our efforts. While we make no claim to be solely responsible for the growing public pressure on those in leadership, the rising volume of whistle-blower reports we receive, the breadth of our public engagements and our presence in the media clearly verify the central role we have played in building an informed and active citizenry.

Our success in engaging the public in the fight against corruption is not based on spin. It is rather rooted in the success of our litigation and policy advocacy and in the effect of our investigations. It is inspired by the success of our campaigns aimed at corruption in the management of schools’ resources and in the treatment of refugees and asylum seekers, and in our campaign for transparency in the process of appointing a new public protector.

Our success is measured by the hostility we encounter from corrupt institutions and individuals. But it is also measured by the increasing support we have received from many leaders in the public and private sectors.

But our success is all down to you, the citizens and residents of SA. It’s because your support enables us to speak with your voice that we have managed to achieve what five years ago seemed like distant, even unattainable, objectives.

In the coming years, our principal objective is to increase the volume significantly and improve the quality of public participation. Above all, we want to increase the number of whistle-blowing reports we receive. These reports not only provide the material that enables us to identify hot spots, corruption patterns and the intelligence to guide litigation and policy advocacy and our choice of campaigns. More than any of that, they are the source of our legitimacy — they enable us to speak with the voice of the public, with evidence provided by the public.

2016 was the year South Africans publicly and loudly rejected corruption — in communities and on streets, at the ballot box, in boardrooms; in government departments and in the Cabinet and even in the national executive committee of the ANC.

To earn your support, we will continue to litigate, press for better policies and ensure those who have engaged in corrupt and unethical conduct are exposed and punished for their deeds.

Across the nation, 2016 was the year South Africans publicly and loudly rejected corruption — in communities and on streets, at the ballot box, in boardrooms; in government departments and in the Cabinet and even in the national executive committee of the ANC.

This year is going to be brutal. Major bulwarks against corruption — think the courts and the Chapter Nine institutions — are under attack. Critical public economic institutions — think the South African Revenue Service — are tottering. University autonomy is threatened. Civil society organisations are subject to dark threats hitherto associated with the John Vorsters and PW Bothas of the past. The security apparatus is increasingly visible at the centre of state power.

A major feeding trough for the corrupt — the nuclear energy deal — looms. One doesn’t have to be an ANC supporter to fear the consequences of the possible collapse of an institution of such reach and importance. And this, and more, can all be traced back to the need to protect the corrupt. But there are many positives: our Constitution, our independent courts, our robust media and many great institutions in the public and private sectors. Add to this, feisty civil society organisations supported by an increasingly outraged public.

The difference between SA and, for example, Russia is that we refuse to accept that corruption is a fact of life.

That’s just as well because in the democratic era, the stakes have never been higher. Sometimes in SA, every coming year feels like a watershed. This time, 2017 seems like the real deal and it is public vigilance and activism that will ultimately determine how we emerge at the other end.

We look forward to working with you in the next five years. 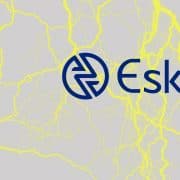 Deductions from social grants: how it all works