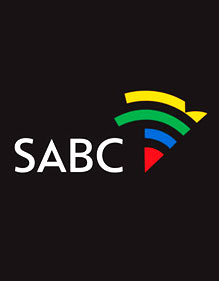 Parliament’s portfolio committees have their fair share of drama when calling to account government departments and entities on their performance. When the SABC appeared before the communications portfolio committee this week, it wasn’t just the public broadcaster’s whopping R3.3-billion in irregular expenditure, but also the reason for this financial fiasco that boggled their minds. Thus the SABC finds itself in our zero books again this week.

James Aguma, the SABC’s CFO, admitted that not all of the R3.3-billion was spent in the financial year ending in March, but that it had actually been spent over the two years prior as well. Some R1.36-billion was incurred in 2013 and a further R1-billion in 2012. These amounts were only disclosed in the last financial year.

“While MPs were outraged by the irregular expenditure,” reported the M&G Online on the matter, “the explanation from the public broadcaster left them even more baffled.”

This could potentially mean that the financial reports of the SABC for the two years in question were not in fact a true reflection of its performance. The public broadcaster is required by law to report to Parliament on a regular basis under the communications department’s cluster of entities.

According to Aguma, a mere R990-million of the entire irregular expenditure was incurred in the current year. He further said that this year, as part of an audit action plan, a team was set up to comb through previous contracts, tenders, etc., to try to nail down this irregular expenditure, reported the M&G Online.

“Members will realise that irregular expenditure and wasteful expenditure by its very nature is not something that is going to be disclosed openly because the Public Finance Management Act (PFMA) has a prescription that people who incur this expenditure may not be very comfortable with those prescriptions,” said Aguma unnecessarily.

The PFMA is the prescribed law under which government departments and entities are required to measure their financial performance in order for oversight bodies such as the auditor-general’s office as well as Parliament.

The SABC received a qualified audit for the 2013/2014 financial year, which has been largely attributed to its failure to fill key vacancies, such as that of CEO.

Excerpt
When the SABC appeared before the communications portfolio committee this week, it didn’t just admit to an irregular expenditure of a whopping R3.3-billion, but also revealed that some of that expenditure happened in the previous two years.
File Upload

What’s at the core of the nuclear puzzle?
Scroll to top