The public protector is constitutionally mandated to investigate, report and take – not merely recommend – appropriate remedial action on improper conduct. This was again clarified by incumbent Advocate Thuli Madonsela at the recent State of the Nation business breakfast in Johannesburg.

Madonsela and her fellow guest, former opposition politician and ambassador to Argentina Tony Leon, came together to share their views on certain current affairs which have captured the public’s interest. The discussion went on to include where they think the country is going – a matter that is always a big concern for its investors and business sector, as well as its citizens.

“We do see a whole of good happening in the system alongside a whole lot of bad, but the bad news tends to travel faster than the good news,” Madonsela said, emphasising that in her view, South Africa’s democracy, because of its strong foundations, was built to last.

Two of these foundations are particularly significant: firstly the Constitution, and secondly the country’s history.

“Since the onset of democracy 21 years ago I have not come across a single situation, legal or social, that was not anticipated by the architects of our democracy,” she said. “This is because of the checks and balances built into the Constitution.” South Africa’s history is one of understanding and overcoming adversity, Madonsela added, and this bodes well for the future. However, there are still challenges to overcome, and one of them is corruption.

“When he spoke to public protector-like institutions in 2000, president Nelson Mandela said even the most benevolent of governments has within them the propensity for human failings.

“He explained that for that reason the architecture of our constitutional democracy includes checks and balances such as the public protector, the Constitutional Court, the Human Rights Commission, the auditor-general, and others.”

These constitutional mechanisms were designed to ensure that government becomes part of the solution rather than the problem.

“In this sense, therefore, our public protector`s office is not only a critical instrument for good governance,” said Mandela in his 2000 speech to the African Regional Workshop of the International Ombudsman Institution. “It also occupies a central place in the transformation of the public service by, among other means, rooting out the arrogance, secrecy and corruption so rampant during the apartheid years.”

The good, the bad and the ugly

According to Leon , there are reasons to be pessimistic about South Africa’s future, but equally there are reasons to be optimistic. He quoted General Jan Smuts, who once said an appreciation of history had led him to the view that South Africa is a country where neither the worst nor the best ever happens. “I find this quite reassuring for the times we find ourselves in,” said Leon.

He added that there is a clash in South Africa right now between the Constitution and the needs of the national democratic revolution, and it’s not clear which one will prevail.

However, Leon said, South Africans get on and innovate despite the wobbly government, and that is not the only positive. “The public protector is a reason to feel positive; the Constitution is battered but intact.”

The Bashir saga, he asserted, brought out two good things: we have an engaged civil society, and the courts opposed the government in judgments delivered by judges who were not afraid.

On the same subject, Madonsela said: “In the example of Bashir, we balanced our international relations against the rule of law. But the Constitution is clear – we must give precedence to our constitutional obligations.” 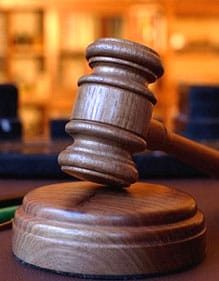 All is not lost for South Africa, with the country’s Constitution remaining intact and its judiciary showing fairness.

“Up until now everyone understands that you can’t interfere with the decision of the IEC, or you can’t second-guess the auditor-general. But for some strange reason people think they can do this with the public protector. It wasn’t like that until very recently – change happens imperceptibly and surreptitiously.”

The consequences of corruption

Corruption, cadre deployment and ideological overreach are three factors that have led to the dysfunction of the state, Leon said. This was not just his view, he added, quoting from an internal ANC report that was recently leaked. “Dysfunctional state services, corrupt leaders and a lack of contact with voters loses us hundreds of thousands of votes,” the report stated.

“It is difficult to get a man to do something, when his salary depends on his not doing it,” Leon said, paraphrasing author Upton Sinclair.

Besides the wasteful and unauthorised expenditure uncovered annually by the auditor-general, the government spends 56.4% of its budget on salaries and social grants. This leaves just 43.6% for everything else that government needs to do, said Leon.

Those who say, thankfully, that South Africa is not Greece, should beware, he said. On the 2014 Corruption Perceptions Index (CPI) published by Transparency International, Greece managed a ranking of 69, with 1 indicating no corruption and 100 indicating extensive corruption. Greece is viewed as one of the most corrupt countries in the EU, and this has been one of the causes of many of its current problems. But on that CPI index, South Africa was just two places behind, at 67. The two countries’ scores were also disturbingly close – 43 for Greece and 44 for South Africa. “So this is not the time for complacency,” Leon warned.

“We believe that the office has achieved its role of supporting and strengthening constitutional democracy,” said Madonsela. “But our greatest success is not when we write a report which is splashed all over the media – it’s when we whisper truth to power and after indicating to government that things were wrong, they are fixed.”

Under the Prevention and Combating of Corrupt Activities Act, she has conducted some high-profile investigations involving corruption, such as Against the Rules, Poisoned Processes, It Can’t Be Right, and Secure in Comfort.

“The exemplary investigation for us is Poisoned Processes – that shows the conduct that we would like to see from government, where we reported on the flaws in the tender process and said it needed to be reversed, and the Mpumalanga government did exactly that. They contacted us to update and even published their actions.”

Madonsela concluded by emphasising the important role that civil society must play in keeping the government on the straight and narrow. “The role we have seen civil society play is exactly the role they should be playing. We’ve seen them engage in dialogue on all the things that we do, because it’s their role to hold the state accountable. Our role is to shine the spotlight on some wrongdoing – civil society then takes it up.”

The breakfast was organised by Decision Makers, a company that specialises in events of interest to business, and moderated by radio journalist Stephen Grootes.

Against the Rules ;  Poisoned Processes ; It Can’t Be Right ; Secure in Comfort