If you were wealthy and corrupt and wanted to hide or disguise your ill-gotten gains, you are spoilt for choice. You could falsify invoices to disguise the true value of money being moved across borders in a trade exchange, or you could mix the dirty money with money from a legitimate company such as a casino or restaurant, where the large amounts of cash generated by the business don’t raise any suspicions. You could get your accomplices to each take a small part of the total and deposit it in different places and accounts, or you may use loaded-up prepaid bank cards to move thousands across borders without having to carry a suitcase full of notes.

Then there is trade in gold, jewellery, uncut diamonds, antiquities, art or real estate. You may decide to route the funds through business diversions such as consulting firms, mergers and acquisitions, or banks in Dubai, or you may simply put it in a deposit box.

But one useful tool in your money laundering arsenal is a shell company – so called because it is just that, merely a shell with no substance, existing only on paper – set up in a nice tax haven somewhere, where the structure and owners of the company are not essential information and the tax rate is minimal. This is the recourse of many big corporations, according to a new study, which found that 40% of today’s cross-border direct investments reported by the International Monetary Fund (IMF) – some US$18-trillion in value – are being booked in just 10 countries that offer average corporate tax rates of 3%.

These countries are tax havens and they come under scrutiny in the new report, titled the Corporate Tax Haven Index, which scores the tax systems of 64 jurisdictions according to the degree to which they enable corporate tax avoidance. It was researched and compiled by the Tax Justice Network (TJN), and launched on 28 May 2019, and will be updated every two years, says TJN.

The Corporate Tax Haven Index (CHTI) identifies the worst offenders in enabling money launderers and tax offenders to get away with their misdeeds, and in helping to erode the tax revenues of other countries. The UK and a handful of OECD countries, TJN says, are the jurisdictions most responsible for breaking the global corporate tax system – with the UK bearing the greatest responsibility through its controlled network of satellite jurisdictions.

There are two main CHTI measurements: a corporate tax haven score and a global scale weight. The haven score is assembled from 20 different haven indicators, reflecting how aggressively each jurisdiction uses tax cuts, loopholes, secrecy and other mechanisms to attract abusive multinational activity. The indicators fall into three broad categories – loopholes and gaps, transparency, and anti-avoidance. The global scale weight, compiled from IMF data on foreign direct investment (FDI), reflects the jurisdiction’s share in global FDI and how big a player it is in cross-border activity – the greater the share of global corporate activity jeopardised by the country’s tax system, the higher it ranks on the index.

These two measurements are combined with a mathematical formula to create a final CTHI score for each jurisdiction, and is the basis for the final ranking.

Tax havens such as the UK and several of its territories and dependencies have aggressively undermined the ability of governments across the world to meaningfully tax multinational corporations, says TJN. The organisation estimates that $500-billion in corporate tax is dodged each year globally by multinational corporations – but this is more conservative still than the IMF’s estimate of $600-billion. It’s enough to pay the UN’s under-funded humanitarian aid budget 20 times over every year.

“The hypocrisy revealed by the Corporate Tax Haven Index is sickening,” says TJN head Alex Cobham. “The UK, Netherlands, Switzerland and Luxembourg – the Axis of Avoidance – line their own pockets at the expense of a crucial funding stream for sustainable human progress.”

The worst offenders on this year’s CTHI are:

Although Britain sits at number 13 on the list, if its network were assessed together, says TJN it would be at the top of the table.

There is room for improvement on indicators such as country-by-country reporting and transparency of public company accounts, but overall South Africa

The blow dealt by these jurisdictions to the global tax system is enormous, says TJN. “First, the colossal scale at which the jurisdictions have enabled corporate tax avoidance risks to woo multinational corporations has made countries’ statutory corporate tax rates meaningless,” the organisation states.

And second, the jurisdictions have triggered a ‘race to the bottom’ across the globe – countries seeking to recoup foreign investment engage in the false economy of ‘tax competitiveness’ and increase their complicity in corporate tax havenry. TJN explains this statement by saying that as one jurisdiction introduces a new tax loophole or tax cut or secrecy facility to attract mobile capital, others compete by offering even bigger or more devious mechanisms, and this acts as a trigger for still others to try to get in on the act.

This is a lose-lose scenario, says TJN, pointing out that the situation documented in the CTHI illustrates not so much a ‘tax competition’ as a ‘tax war’.

This war is waged by the likes of the UK against the ordinary citizens of rich and poor countries through its network of satellite jurisdictions which provide tax havens to corporate in the UK’s name – while the mother country has full powers to impose or veto lawmaking in these places. 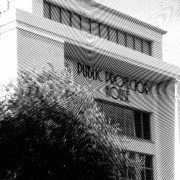 Sign up to ride in our Discovery 947 Ride Joburg fundraising team!
Scroll to top