The cost of corruption is much higher than would seem at first glance. If you want to understand why Corruption Watch, Transparency International, and all the other organisations fighting corruption do what they do, read this brief prepared by the OECD’s CleanGovBiz initiative.

The costs of corruption for economic, political and social development are becoming increasingly evident. But many of the most convincing arguments in support of the fight against corruption are little known to the public and remain unused in political debates.

This brief provides evidence that reveals the true cost and to explain why governments and business must prioritise the fight against corruption.

Corruption is the abuse of public or private office for personal gain. It includes acts of bribery, embezzlement, nepotism or state capture. It is often associated with and reinforced by other illegal practices, such as bid rigging, fraud or money laundering.

At the end of the day, those hurt most by corruption are the world’s weakest and most vulnerable.

CleanGovBiz, an initiative led by the Organisation for Economic Co-operation and Development (OECD), supports governments to reinforce their fight against corruption and engage with civil society and the private sector to promote real change towards integrity. It draws together existing tools, provides user-friendly guidance to strengthen their implementation, improves coordination among relevant players and monitors progress towards integrity.

Corruption is one of the main obstacles to sustainable economic, political and social development, for developing, emerging and developed economies alike.

Overall, corruption reduces efficiency and increases inequality. Estimates show that the cost of corruption equals more than 5% of global GDP (US$2.6-trillion, World Economic Forum) with over $1-trillion paid in bribes each year (World Bank). It is not only a question of ethics; we simply cannot afford such waste.

First, bribes and drawn-out negotiations to bargain them add additional costs to a transaction.

Second, corruption brings with it the risk of prosecution, important penalties, blacklisting and reputational damage. Third, engaging in bribery creates business uncertainty, as such behaviour does not necessarily guarantee business to a company; there can always be another competing company willing to offer a higher bribe to tilt the business in its favour.

IMF research has shown that investment in corrupt countries is almost 5% less than in countries that are relatively corruption-free. The World Economic Forum estimates that corruption increases the cost of doing business by up to 10% on average. Siemens, the German engineering giant, had to pay penalties of $1.6-billion in 2008 to settle charges that it routinely engaged in bribery around the world. A significant negative impact of corruption on a country’s capital productivity has been proven (Lambsdorff 2003).

2. Corruption leads to waste or the inefficient use of public resources

As a result of corruption, investments are not allocated to sectors and programmes which present the best value for money or where needs are highest, but to those which offer the best prospects for personal enrichment of corrupt politicians. Thus resources go into big infrastructure projects or military procurement where kickbacks are high, to the detriment of sectors like education and health care.

Moreover, public tenders are assigned to the highest bribe payer, neglecting better qualified companies not willing to bribe, which undermines the quality of the projects carried out. In some instances public funds are simply diverted from their intended use, embezzled and exploited for private enrichment. Corruption also slows down bureaucratic processes, as inefficient bureaucracies offer more leverage for corrupt public officials: the longer the queue for a service, the higher the incentive for citizens to bribe to get what they want. Finally, nepotism – in both private and public organisations – brings incompetent people into power, weakening performance and governance.

Several studies provide evidence of the negative correlation between corruption and the quality of government investments, services and regulations. For example, child mortality rates in countries with high levels of corruption are about one third higher than in countries with low corruption, infant mortality rates are almost twice as high and student dropout rates are five times as high (Gupta et al. 2011). Numbers on the monetary loss due to corruption vary, but are alarming.

The African Union (2002) estimates that 25% of the GDP of African states, amounting to $148-billion, is lost to corruption every year. The US health care programmes Medicare and Medicaid estimate that 5% to 10% of their annual budget is wasted as a result of corruption.

The poor generally lack privileged access to decision makers, which is necessary in corrupt societies to obtain certain goods and services.

Resources and benefits are thus exchanged among the rich and well connected, excluding the less privileged. Moreover, the poor bear the largest burden of higher tariffs in public services imposed by the costs of corruption, as they have no alternative to the public offers. They might also be completely excluded from basic services like health care or education, if they cannot afford to pay bribes which are requested illegally. The embezzlement or diversion of public funds further reduces the government’s resources available for development and poverty reduction spending.

The significant impact of corruption on income inequality and the negative effect of corruption on income growth for the poorest 20% of a country have been proven empirically (Gupta et al. 2002). The World Bank (Baker 2005) estimates that each year $20- to $40-billion, corresponding to 20% to 40% of official development assistance, is stolen through high-level corruption from public budgets in developing countries and hidden overseas.

Transparency International (Global Corruption Report 2006) found that about 35% of births in rural areas in Azerbaijan take place at home, because poor people cannot afford to pay the high charges for care in facilities where care was supposed to be free.

Rules and regulations are circumvented by bribes, public budget control is undermined by illicit money flows and political critics and the media are silenced through bribes levering out democratic systems of checks and balances. Corruption in political processes like elections or party financing undermines the rule of the people and thus the very foundation of democracy.

If basic public services are not delivered to citizens due to corruption, the state eventually loses its credibility and legitimacy.

As a result, disappointed citizens might turn away from the state, retreat from political processes, migrate, or stand up against what they perceive to be the corrupt political and economic elites. The global uprisings from the Arab world to India and Brazil are proving that business as usual can no longer be an option for a number of countries.

Excerpt
The cost of corruption is much higher than would seem at first glance. If you want to understand why Corruption Watch, Transparency International, and all the other organisations fighting corruption do what they do, read this brief prepared by the OECD’s CleanGovBiz initiative.
File Upload 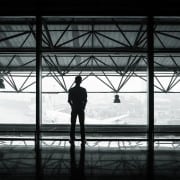