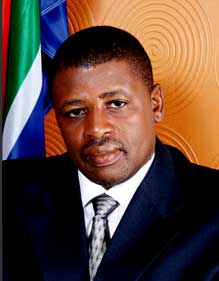 In part two of our three-part series on how much corruption is really costing South Africa, we reveal how financial misconduct is costing the country more and more every year. What is especially worrying is that it often goes unchecked and unpunished.

The real cost of corruption – part one

In a report released a few months ago, Peter Allwright, the senior forensics manager at law firm Edward Nathan Sonnenbergs, says: “Financial misconduct in the public service cost taxpayers R346-million in 2009/2010, 87 percent of which was never recovered. 2011/2012 brought even worse news, with that number shooting up t R930-million.”

Surveys suggested that perceived levels of corruption increased from 1996 to 2000, said Casac. One survey found that 11 percent of participants had been expected to bribe a government or public official to receive a job or basic service. The National Anti-Corruption Hotline was set up in September 2004; by March 2008, 4 202 cases of alleged corruption had been reported to the Public Service Commission. According to the government, R86-million was recovered through successful investigation and disciplinary procedures, it said.

“Many studies show the extent to which funds that should have been spent on the country’s poor are misused. A study on Corruption and Social Grants conducted by the Institute for Security Studies (ISS) reveals that in 1996 about R1.5-billion a year was lost through corruption and maladministration in the delivery of social grants. At the time this amounted to 10 percent of the annual welfare budget of R11-billion,” said Casac.

A study by the Mail & Guardian in February 1997 reported that R1-billion was being lost to pension fraud a year. The social security budget at the time was R14.3-billion. In 1999, the Department of Social Development estimated that it was losing close to 10 percent of its R20-billion budget to social grant fraud.

Casac reported that the former minister of social development, Zola Skweyiya, stated that about R15-billion which had been allocated to pensions, social grants and other means of poverty alleviation was lost to corruption between 1994 and 2004.

A more recent study by the Institute for Security Studies showed R1.4-billion was lost to fraud in 2006 out of a total social security budget at the time of R57-billion. “The Minister of Human Settlements Tokyo Sexwale has said about 20 problematic housing projects worth R2-billion have been identified. He further revealed that the investigation into abuse of the low-income housing subsidy scheme has led to more than 1 570 arrests and 1 189 convictions.”

The PSC held a roundtable discussion on financial misconduct in February 2013, at which it gave figures on the cost to the country. The number of cases and cash involved is increasing, despite the efforts being made to clamp down on fraud and corruption.

Since 2005, the PSC has analysed the trends of complaints lodged with it by members of the public and public servants through the National Anti-Corruption Hotline (NACH) and its Complaints Rules. The complaints range from poor service delivery related to alleged corruption practices in the Public Service.

In its Trends Analysis Report from 2005 to 2010, it found that in the 2009/2010 financial year, 279 complaints were lodged with the PSC, a 13.3 percent decline compared to the 322 complaints lodged during the 2008/2009 financial year. At 56 percent, the majority of these complaints implicated national government departments.

The cost of financial misconduct is also monitored by the PSC. In its most recent report, released in 2011, Report on Financial Misconduct for the 2009/2010 Financial Year, the commission said a total of 1 135 finalised cases of financial misconduct were reported for the financial year, of which 286 (25 percent) were reported by national departments and 849 (75 percent) by provincial departments. It also reported that of fraud comprised 52.9 percent, or 600 of the overall number of cases reported by the departments, slightly down from the previous financial year, when this category accounted for 53 percent of the total number of the reported cases.

According to the reports submitted by national and provincial departments, R44 384 029.72 (12.8 percent) was recovered from the employees found guilty of financial misconduct. Some R302 145 640.12 (87.2 percent) had not been recovered at the time of reporting to the PSC.

Excerpt
In part two of our three-part series on how much corruption is really costing South Africa, we reveal that the because financial misconduct within the public service tends to be unchecked and unpunished, the result is increased losses for the country every year.
File Upload

Almost 50% of S Africans paid a bribe in last year

TI Barometer results confirm what the public has reported to Corruption Wat...
Scroll to top