Political parties are wrapping up their campaigning and South Africa is gearing up for its most pivotal elections since the dawn of democracy.

A record number of voters have registered for the 8 May 2019 general elections and some votes have already been cast. Everything is in place ahead of the country heading to the polls, but if you still have some questions about South Africa’s 2019 general elections, let’s see if we can help you out.

When is South Africa’s 2019 general election?

South Africa will head to the polls on 8 May 2019. President Cyril Ramaphosa announced this in his annual state of the nation address back in February.

Is election day 2019 a public holiday?

Yes, it is a public holiday. It was declared so by Ramaphosa. It was announced in a statement by the presidency which said:

“The President has also in terms of Section 2A of the Public Holidays Act of 1994 declared 8 May 2019 as a public holiday throughout the country.”

The confirmation was later published in the Government Gazette.

How do I check if I am registered to vote?

How do I vote in the elections?

If you are sure of your voter registration status and where your polling station is, you need to take the relevant documents with you (your ID, smartcard ID; or valid temporary identity certificate (TIC). With this in hand, head over to your polling station where you will be assisted by IEC officials. If you need further information on how to vote in South Africa’s 2019 General Election, read our guide.

What time do voting stations close?

What time do voting stations open?

On the 2019 election day in South Africa, voting stations will open at 7h00.

Can I vote if I lost my ID?

If you want to vote in the South African elections and you lost your ID, you’ll need a temporary identity certificate (TIC) that will be valid on election day. You can apply for your TIC at the Department of Home Affairs.

No, you can only vote if you are registered to vote and you have turned 18.

How do I vote if I am not in South Africa on election day?

If you have moved overseas, or will be overseas on the day of the 2019 election, you must have registered AND successfully submitted a VEC 10 form, to inform the IEC of where you intend to vote abroad, by 13 March.

Can I vote on election day if I am too sick to get out of bed?

If you’re confined to your bed and can’t get to your voting station for the 2019 elections, you must have already applied for a special vote. Applications closed on 18 April. Special votes will take place on 6 and 7 May.

Can I vote on election day if I am in hospital?

What do I do if I lost my voter registration sticker?

Can I vote on behalf of somebody else?

No, you are not allowed to vote on somebody else.

What happens if I am registered but choose not to vote?

It is not compulsory to vote in South Africa. However, it is viewed as a civic duty and everyone who is registered is encouraged to do so.

Is it legal to spoil my vote?

It’s not illegal to spoil your ballot paper in the South African election. In fact, in 2014 struggle stalwart Ronnie Kasrils called on people to do so with a campaign called “Vote No”. The IEC’s official stance is to not give any comment on this, though. The concern is that much as it might seem like a mark of protest, it is difficult to judge intent.

The difficulty with a spoilt ballot is that the IEC’s mandate is simply to register whether a ballot paper is valid or not valid. Sometimes, this can be tricky since there are many “accidentally spoilt” ballot papers – but as a responsible citizen aware of their country duty, you should take all care to not spoil your precious vote. Whether it’s through sheer carelessness or a genuine lack of knowledge, a mismarked ballot paper can end up muting your own democratic voice.

Here are seven things you should not write on your ballot paper:

There’s only one place you’re allowed to make your mark, and it’s in the empty box. Don’t get creative…

Your “X” can only occupy one box, otherwise it can’t be counted. Come on, no “voter-spreading” here please.

Keep your comments to yourself, and don’t try and write any additional information about your vote: It will not count.

The box is for crossing only! Put an X next to your preferred choice, then get outta there and enjoy the public holiday!

You don’t have to “cross out” the parties you don’t want to vote for. One X, one party. That is all.

Before our heads explode, we’ll say it again. CROSSES ONLY. Any attempt to circle or “fill in” a box is a spoiled ballot.

God may love a trier, but the IEC sure doesn’t: If you are trying to vote for more than one party during the 2019 Elections, none of your votes will count. 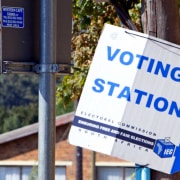 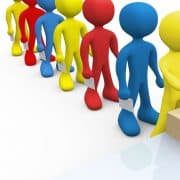 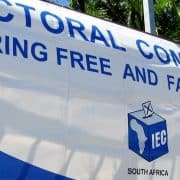