When unethical behaviour is an instruction

It’s one thing to practice ethical behaviour in your personal and professional life, but it’s another thing when you are ordered to behave unethically by your boss. How often do we see that the person who did the deed ultimately becomes the scapegoat, while the mastermind gets away with it? In this article, ethics guru Cynthia Schoeman examines the dilemma faced by employees who are told to do wrong.

Unethical behaviour as an instruction from a superior is a particularly challenging ethical problem, Schoeman writes. In a largely ethical environment this would probably not represent a problem because the individual could deflect the instruction by reporting the matter to another superior or the relevant authorities.

However, what about the situation in a less ethical workplace when failing to co-operate is likely to incur a personal cost? When it means you may find yourself facing trumped-up charges to be suspended or dismissed, or when you might have to deal with more subtle repercussions such as being overlooked for an increase or a promotion? What do you do then?

This situation is totally different from one where the perpetrator chooses to behave unethically in pursuit of a benefit or reward of some sort. This can range from financial gain, benefits in kind in the form of goods or services (such as paying for something on the perpetrator’s behalf or funding a holiday), to the opportunity to benefit family or friends, for example, with a desirable job or a lucrative tender. However, when misconduct is an instruction there is no such personal benefit. Instead the person getting the job or the tender will be connected to the employee’s superior or his/her political boss.

In almost all cases, the employee knows that what they are being asked to do is wrong (as is the case for almost all acts of misconduct). But once the employee has complied and knowingly performed the unethical act, they become an accomplice who is guilty of committing the offence.

“But I was only following orders”

The defence that the employee was ‘only following orders’ could be evoked. This has largely been raised in military contexts, most famously by the accused in the 1945-46 Nuremberg Trials. Adolf Eichmann’s defence included his claim that “…I am guilty of having been obedient, having subordinated myself to my official duties …”

The UN International Law Commission drafted the Nuremberg principles to codify the legal principles underlying the Nuremberg Trials. Principle IV addresses the question of culpability as follows: “The fact that a person acted pursuant to order of his government or of a superior does not relieve him from responsibility under international law, provided a moral choice was in fact possible to him” – which supports the view that ‘following orders’ is not an acceptable excuse.

An example of such an incident is the landing of a plane, at Waterkloof Air Force Base in April 2013, that was chartered by the Gupta family for their wedding guests. Various officials were blamed for giving irregular clearance for the plane to land, but the key question was whether the permission and the instruction came from far above their positions. In reality the employee who follows orders to commit an unethical act could well land up being the fall guy – the person to whom all the blame is attributed in order to deflect blame from another party.

It is a really difficult question that we can rarely answer on behalf of another. The more productive question is to explore what employees can do to deal with this type of situation.

It would be sound advice to not take a job with an organisation that behaves unethically. But this assumes that the candidate has access to that level of insight about the organisation. It also ignores the fact that in an economy with little or no job growth, people might feel obliged to take what job they can get, rather than waiting for an offer from a more reputable organisation.

The employee could also refuse to co-operate or demand the instruction in writing. The latter will probably not be effective as the person requesting the misconduct is extremely unlikely to incriminate him/herself by creating an audit trail of the improper request. Instead it would be regarded as a refusal to co-operate, which has a high probability of incurring negative repercussions.

And the employee can report the incident. An ethics hotline or whistleblowing system appears to be the perfect solution to do so, as it is intended to provide an anonymous channel for employees to report knowledge of misconduct without threat of retribution.

There are a number of factors that should make this a safe route to resolve the unethical instruction problem. South African legislation includes the Protected Disclosures Act, the so-called whistleblower act, which specifically aims to protect employees from occupational disadvantage for reporting wrongdoing. Adding to that, most large organisations have their own policy to protect employees and the majority of hotline services are run by external service providers thereby further entrenching the security of reporting.

However, the very real risk exists that reporting unethical behaviour can give rise to a situation where the institution shoots the messenger for bringing unwelcome news. This arises from the fact that not everyone views whistleblowing approvingly. Instead of being seen as a loyal employee speaking out for the benefit of the organisation, the whistleblower is sometimes treated with hostility as an informer or a snitch. When the complaint is sent back to the people responsible for the unethical conduct, the risk of repercussions of course increases (as does the likelihood of the problem being effectively addressed decrease).

The reluctance to report is exacerbated by stories in the media about employees who have been victimised or disadvantaged in some way, illustrating that the assumption of reprisals is often factual. Marianne Thamm’s March 2015 article in the Daily Maverick details the price for reporting. Titled SA whistleblowers: assassinations, victimisation, marginalisation for doing the right thing, it includes distressing examples of far more severe outcomes and references work done by the Open Democracy Advice Centre to document the harrowing stories of ten South African whistleblowers.

Even an apparently successful case that is seen as a victory for whistleblowers is likely to be a deterrent. One such situation is the case of Colonel Kobus Roos. Having uncovered and disclosed proof of widespread corruption in the Crime Intelligence unit of the South African police, he was marginalised and placed in an unproductive position. The positive outcome in this case was that in April 2014 the Labour Court in Johannesburg ordered the police service to redeploy Roos to a similar position and to compensate him to the value of R156 250 for unfair labour practice.

Using ethics as a deterrent

Another solution to the unethical instruction dilemma is for the employee to position him/herself as being visibly, obviously ethical: to occupy the role of an ethics champion. Ethics training programmes can help by building a strong sense of right and wrong and the assertiveness to behave accordingly.

In theory this could deter someone from asking you because your stance suggests you would refuse to comply with the instruction or that you would push back in some way. However, while this has merit, it is not foolproof. The superior giving the instruction may not know the employee’s ethical reputation and may not deal directly with the employee. A political official could instruct his/her administrative colleague, who in turn instructs a more junior member of the administration.

Standing together for ethics

A more effective way to use ethics as a deterrent is to leverage the strength in numbers. Standing together with others is a far stronger defence. The saying, “all that is necessary for the triumph of evil is that good men do nothing”, is often attributed to Edmund Burke, the renowned Irish political philosopher who died in 1797. But his full quote speaks to the point of standing together even better: “When bad men combine, the good must associate; else they will fall one by one, an unpitied sacrifice in a contemptible struggle”.

Surrounding and associating oneself with people who are ethical adds a great deal to what can be done individually. Knowing there are others who will spring to your defence when you refuse to co-operate with an unethical order can give individuals the courage to stand up against such abuse.

Much as there are actions that can be taken to deal with the difficult situation of an unethical instruction, none of them are a perfect panacea. The single most effective solution lies in ethical leadership – in ensuring that leadership at all levels of the organisation are among the ranks of the ethical champions.

• Cynthia Schoeman is the founder and MD of Ethics Monitor, an organisation that promotes the proactive management of workplace ethics. It also provides practical support to organisations to improve and more effectively manage their ethics. 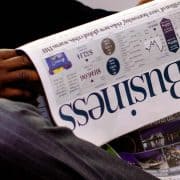 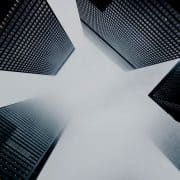 What can you do to fight corruption?