Not much has changed for South Africa in this year’s Corruption Perceptions Index, released today by Transparency International (TI). Using surveys and questionnaires, the index ranks countries on a scale from 0 (perceived to be highly corrupt) to 100 (perceived to be very clean), in terms of their perceived levels of corruption.

With a 2016 ranking of 64 out of 176 countries and a score of 45 out of 100, compared to last year’s ranking of 61 out of 168 and score of 44 out of 100, the country has improved only marginally in terms of score, which is the real indicator of perceptions about corruption in the country. The rank is an indication of where a country stands in relation to others and it changes as the number of countries surveyed changes or as other countries improve or decline.

David Lewis, executive director of Corruption Watch, commented: “The good news is that our score and ranking has remained more or less stable. The bad news is that, with our score below 50, we are still among those countries deemed to have a serious corruption problem.”

The slight improvement in score is by no means cause for rejoicing and indeed, it might come as a surprise, given the concerns about widespread corruption during 2016.

“Had the survey not been conducted before several serious corruption episodes came to the attention of the public – for example, the shocking ‘state of capture’ report – our position may well have deteriorated significantly,” added Lewis.

South Africa’s score has remained below 50 since 2012 when Corruption Watch was launched, and stayed at that level in three out of the five years before that.

South Africa did, however, fare better than any of its BRICS partners. Brazil, China and India all scored 40 and ranked 79 on the index, while Russia came a distant last with a score of 29 and a ranking of 131.

Lewis commented: “South Africans should be particularly concerned at Russia’s performance. This is the country that is strongly rumoured to be the government’s favoured partner in the proposed nuclear energy deal. Public procurement of this scale with a country as riven by corruption as Russia is guaranteed to import further corruption on a grand scale into this country.”

If this ill-considered project goes through, he said, Russian suppliers should be prohibited from participation.

Systemic corruption around the world

Denmark and New Zealand performed best with scores of 90, closely followed by Finland (89) and Sweden (88). Although no country is free of corruption, the countries at the top share characteristics of open government, press freedom, civil liberties and independent judicial systems.

For the tenth year running, Somalia is the worst performer on the index, this year scoring only 10. South Sudan is second from the bottom with a score of 11, followed by North Korea (12) and Syria (13). Countries at the bottom of the index are characterised by widespread impunity for corruption, poor governance and weak institutions.

In 2016 more countries declined in the index than improved, and 69% of the 176 countries scored below 50. Qatar is the biggest decliner compared to the 2015 index, with a drop in score of 10.

This shows a need for urgent anti-corruption action. More public pressure must be brought to bear on the perpetrators of corruption in all sectors of the economy, particularly those who control taxpayers’ money.

“Corruption needs to be fought with urgency, so that the lives of people across the world improve,” said TI chairperson José Ugaz. “In too many countries, people are deprived of their most basic needs and go to bed hungry every night because of corruption, while the powerful and corrupt enjoy lavish lifestyles with impunity.”

The rise of populist politicians in many countries is a warning signal, said TI, that people have had enough of social inequality and unfulfilled politicians’ promises. While populist politicians promise to change the system and break the cycle of corruption and privilege, this may only exacerbate the issue as democracy declines and the incumbent applies stringent controls to crack down on civil society, limit press freedom, and weaken the independence of the judiciary.

This is seen in, for example, the index scores of Hungary and Turkey – countries that have seen the rise of autocratic leaders – which have dropped in recent years. In contrast, the score of Argentina, which has ousted a populist government, is starting to improve.

“Instead of tackling crony capitalism, those [populist] leaders usually install even worse forms of corrupt systems,” said Ugaz. “Only where there is freedom of expression, transparency in all political processes and strong democratic institutions, can civil society and the media hold those in power to account and corruption be fought successfully.”

Technical fixes to specific anti-corruption legislation are not enough. What is urgently needed are deep-rooted systemic reforms that even up the growing imbalance of power and wealth by empowering citizens to stop the widespread impunity for corruption, hold the powerful to account, and have a real say in the decisions that affect their daily lives.

These reforms must include the disclosure through public registries of who owns companies as well as sanctions for professional enablers who are complicit in moving corrupt money flows across borders. 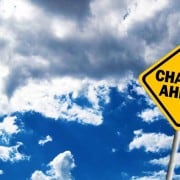 SA moves up a notch on CPI, but murky deals pose a risk
Scroll to top