Dear Corruption Watch, as an employee, I want to blow the whistle on something going on, but I’ve signed an employment contract that has provisions about confidentiality of information obtained during the scope of my work.

I’m also told there are legislative provisions that make it a criminal offence to disclose information. Does the whistleblowers act trump such legislation or company policy making disclosure of information criminal? There are amendments of the Protected Disclosures Act on the table but they seem far from being made into law. What protection will whistleblowers have until then?

The Protected Disclosures Act, also known as the whistleblowers act, deals with information regarded as confidential.

The act makes provision for employees to report unlawful or irregular conduct by employers and fellow employees, while providing for the protection of employees who blow the whistle. The act protects workers in the public and private sectors.

The following irregularities you may want to report are covered by the Protected Disclosures Act: criminal offences; failure to comply with certain legal obligations; miscarriages of justice; endangering the health or safety of individuals; damage to the environment; and unfair discrimination.

Whistleblowers are protected under the act from being subjected to, for example, any disciplinary action; being dismissed, suspended, demoted, harassed or intimidated; being transferred against their will; and being refused transfer or promotion.

Those who are victimised in breach of the act, whether they are dismissed or not, can refer a dispute to the Commission for Conciliation, Mediation and Arbitration for conciliation, and thereafter to the Labour Court.

For disclosures to external parties – say, to the media – to be protected, the worker must be able to show he had good reason not to make the disclosure internally. While the act offers protection to workers, employers can take comfort in the fact that false disclosures made deliberately are not protected by the act, shielding employers from malicious allegations.

With regard to your question, no provision in an employment contract may attempt to exclude, prevent or discourage an employee from making a protected disclosure and if such an agreement were made, it would have no legal effect.

If an employee is dismissed as a result of making a disclosure, that is deemed to be an “automatically unfair dismissal” for purposes of section 187(h) of the Labour Relations Act, 1995.

No confidentiality agreement can oblige anyone to be party to criminal conduct, or prevent them from reporting it to the authorities. Confidentiality clauses in workers’ contracts and severance agreements are ineffective in so far as they conflict with the act’s protection.

The public interest would be sufficient to outweigh any normal duty of confidentiality.

Wider disclosures to the media or industry bodies are permissible, but for the whistleblower to be protected, there must also be a good cause for going “outside” and the particular disclosure must be reasonable.

Get to know the amended Protected Disclosures Act 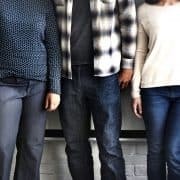 Looking out for whistleblowers' rights