Business must get actively involved in nailing corruption Corruption is "literally killing us". This was the view of a panellist at a recent Corruption Watch colloquium on business’s role in combating corruption, held at the Gordon Institute of Business Science. "Service delivery protests are a direct consequence of the public resources squandered by corruption," said Mark Lamberti, chairman of Transaction Capital.

In addition to Lamberti and Finance Minister Pravin Gordhan, the panel comprised corporate executives John Burke of the JSE, Isaac Shongwe of Barloworld, Sim Tshabalala of Standard Bank and mining entrepreneur Bernard Swanepoel. About 70 corporate executives and a number of forensic auditors and lawyers participated in the discussion.

So what, concretely, does Corruption Watch want to achieve from this initiative?

It is widely acknowledged that corruption cannot be tackled effectively without active public participation. This is what Corruption Watch does. It encourages the public to participate in the fight against corruption, mainly by providing people with the reason and the platform for reporting corruption.

Our work has given us the knowledge and credibility to move from a sole focus on exposing corruption to a discussion of solutions and constructive engagement with public-sector entities. We want business to become an active participant in this public dialogue and join what the Organisation for Economic Co-operation and Development calls a collaborative solution between business, government and nongovernmental organisations.

There are compelling arguments for responding positively to this initiative.

First, although some of our most admired private and public institutions — for example the JSE, some major corporations, the South African Revenue Service, the Treasury and the auditor-general’s office — are clearly at the public-private interface where much grand corruption occurs, the present situation places an enormous burden on these few institutional and personal shoulders. More corporations, including small and medium-sized businesses, and business associations, need to be publicly associated with opposition to corruption to share the load.

Second, because key institutions are already in serious disrepute. Pertinent is the apparent lack of will and capacity on the part of the police and the prosecutorial authorities to deal with serious white-collar crime.

Why should business care?

Because it is in the uncomfortable position of being both victim and perpetrator of corruption — business may view itself as a victim; the public views it as a perpetrator. Either way, every business, large and small, faces exposure to corruption risk.

Corruption is the world’s third-largest industry, valued at more than 5% of global gross domestic product — about $3-trillion. It is estimated to increase the cost of doing business globally by 10% and adds up to 25% to the cost of procurement contracts in developing countries. The growth rate of a country afflicted by serious corruption can be as much as a percentage point lower than that of a similar country with little corruption.

But the social cost of corruption — the erosion of trust — is perhaps more devastating than its effect on economic growth. Gordhan emphasised the debilitating effect of corruption on nation-building and ethical citizenship, critical foundations of social cohesion, at the colloquium. If the public cannot trust its key providers of public services, or those who build its houses, bake its bread and safeguard its savings, then we are on the edge of that tipping point beyond which there is no return.

And finally, if you are not convinced by these arguments, then be sure that recent developments in legislation dictate that if you want to mitigate legal risk, you will actively associate with opposition to corruption.

We want to work with business people keen to combat corruption on their turf and in their institutions. We want to invite concerned business leaders to imagine how they could work together with an organisation like Corruption Watch.

We are looking for something more than a commitment to introduce a corporate anti-corruption compliance programme. Necessary though that may be, it’s not enough. What we want is for business leaders to publicly identify and actively engage with us and to clearly associate themselves with our mission. And by this we mean something more than an occasional concerned speech or a few lines in an annual report.

Increasingly, businesses are required to demonstrate active and public association with combating corruption. We offer the opportunity to do just this.

We want to draw business into a meaningful partnership that will significantly strengthen the fight against corruption, and one that will, in the process, help restore public trust in some of our most important institutions. We would see this colloquium as the first step along a road that will give content to that partnership.

The scale of the problem is daunting. A DigiPoll taken during the colloquium revealed that, of the businesses there:

While we would not want to exaggerate the scientific status of this poll, the results are broadly consistent with other survey results. And corruption is taking a toll, not least in the erosion of trust of the public in business — a recent survey revealed that nearly 80% of South Africans believe there is corruption in the senior levels of government; 70% believe it is just as bad in the private sector.

The colloquium identified a range of issues that needed to be tackled.

"Company culture" was identified as a major determinant of behaviour. The short-termism implicit in "tenderpreneurism" and the increasing use of the share price to evaluate management incentivise the corrupt behaviour necessary to meet inappropriately short-term objectives.

The absence of consequences was emphasised. Burke said investors, particularly institutional investors, and prosecutors could play a greater role in disciplining directors and executive management who participated in, or condoned, corruption.

The woeful failure to enforce our notionally strong anti-corruption laws was identified by Tshabalala as a major cause of corruption. Partnerships between public investigators and prosecutors and private forensic auditing and law firms were offered as solutions.

And yet, as Swanepoel said, "We can’t legislate ourselves into honesty," as he questioned why allegedly corrupt South African companies are being investigated in New York, but not at home.

Several participants noted insufficient public consensus around what constitutes corrupt conduct, particularly in the face of what Gordhan identified as the "mutating corruption gene".

The discussion was notably free of the despair and finger-pointing that characterises so many engagements on corruption. But the sense of urgency was palpable. That is the appropriate balance to strike.

• This piece was first published in Business Day.

Excerpt
More corporations, including small and medium-sized businesses, and business associations, need to be publicly associated with opposition to corruption, says Corruption Watch’s executive director David Lewis, in an opinion piece. This will help to lift the load from institutions such as the auditor-general and SARS.
File Upload 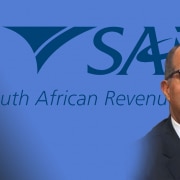 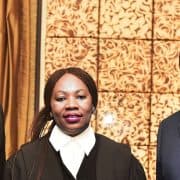