The South African government recently announced its national anti-corruption strategy (NACS), that is aimed at tackling corruption in the public and private sectors, civil society, and citizen sector, as well as looking forward to other forms of corruption that could arise in the future – for example, cybercrime as a result of the evolution of technology.

The scope of the initiative is ambitious. But given the erratic track record of corruption busting in all sectors in the country, the question that is quite likely occupying South Africans’ minds is: can it work?

In a recent publication, the Organisation for Economic Co-operation and Development (OECD) discusses the effects of corruption around the world, and strategies for fighting it. The NACS is to a large degree aligned with the broader suggestions of the OECD, but drawing up strategies has never been the problem in South Africa – implementation has been the downfall of many a grand, well-intentioned plan. The NACS diagnostic report notes that a number of challenges for reducing corruption relate to “uneven or weak implementation of relevant legislation or policies, rather than the absence of appropriate laws. South Africa has a generally robust legislative framework for fighting corruption.”

The OECD says that despite great strides made globally in recent years, corruption remains a severe impediment to sustainable economic, political and social progress for countries at all levels of development. Recent scandals that have implicated national leaders and major corporations all over the world, as well as the ongoing investigations into various sporting disciplines, and the growing threat of terrorism and its links with corruption remind us that we have to do a great deal more.

Not only that, but corruption plays a role in the current refugee crisis by making people-smuggling easier for organised criminals and it undermines efforts to mitigate climate change by facilitating illegal logging. It has also contributed to the sharp rise in income and wealth inequality we have observed over the last decades.

Corruption is not just an ugly word

Corruption decreases the profitability of the private sector by raising the cost of doing business, through bribes and drawn-out negotiations – the OECD Foreign Bribery Report, released in 2014, shows that, on average, bribes equal 10.9% of the value of a transaction and 34.5% of profits. Innovation, competitiveness and the emergence of new companies also suffers because it’s easier to just pay a bribe than to put in the hard work of winning business honestly.

In the public sector, corruption causes important decisions to be made on the basis of bias. It reduces the resources available to support economic productivity, and it negatively affects the skills and professionalism of public sector employees, especially where nepotism and favouritism have trumped merit and capability. It erodes trust in government and public institutions, making reform a more difficult task.

Customs-related corruption and tax evasion deprive the public sector of revenues that could otherwise be allocated to development, and it perpetuates inequality where programmes and projects are under-resourced or poorly managed.

Corruption undermines peace and democracy. When it is present in political processes such as elections or the financing of parties, corruption undermines the rule of the people and thus the very foundation of democracy, while a lack of public service delivery damages government credibility and legitimacy.

Corruption also increases states’ exposure to global threats arising from smuggling and illicit trade by organised crime and terrorist groups, and it contributes to the financing of terrorism.

Furthermore, illicit financial flows are increasingly associated with the illegal arms trade and drug trafficking, and as stated, these two crime sectors also play a significant role in the current refugee crisis by facilitating people smuggling.

So what needs to be done?

The OECD recommends setting up strong governance frameworks, with input from all sectors of society, to prevent corruption. Building a culture of integrity will only succeed if not just the public sector is involved, but also the private sector and citizens as they are also responsible for the proliferation of corruption.

Such a framework will be bolstered by the inclusion of

It is the interplay of effective measures that are implemented, interest and commitment from all strata of government, business and the public, and sanctions for perpetrators, that will sustainably fight and reduce corruption in the long term.

But enforcement will also benefit from effective international co-operation, because strong integrity frameworks will only be of limited use, if they are not complemented by parallel efforts to detect and sanction corrupt behaviour. Crime and corruption often involves complex networks across borders and jurisdictions, and any effort to tackle it must involve the same scale and scope.

Countries will need to strengthen their enforcement of international standards such as the OECD Anti-Bribery Convention by giving higher priority to bribery investigations and prosecutions, providing enforcement institutions with adequate resources, and providing effective institutional frameworks that encourage reporting and protect whistleblowers. Additionally, the media has a role to play as a watchdog of both the public and private sector.

The fight against corruption will only succeed if both domestic and international frameworks are effectively put in place and if corrupt individuals and companies as well as those who help them are aggressively pursued across the globe.

Getting down to specifics

Three pillars should be considered if corruption is to be tackled systemically, says the OECD report.

Comparing this strategy to the South African NACS, we see that the latter proposes nine pillars, but that on the whole it is aligned with the OECD’s suggestions.

The NACS diagnostic report states that “At the heart of the fight against both public and private sector corruption should be a strategy to prevent corruption through building the autonomy and efficiency of state institutions in the country, and building the independence of the crime-fighting bodies.”

The national anti-corruption strategy should thus aim to support improved coordination between all role-players in the fight against corruption, and to tackle the systemic causes of corruption in the country. 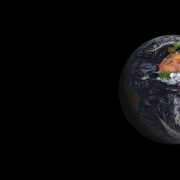 Getting to the root of foreign bribery

Planning for OECD phase 4 is under way

Navigating our democracy in a bid to defeat corruption

In an ethical meltdown, we must keep ethics alive
Scroll to top