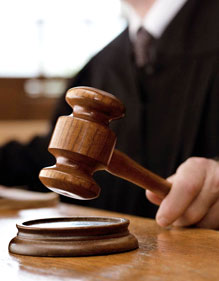 Corruption Watch is one of 11 civil society groups intervening as amici curiae in a challenge to a High Court judgment relating to the City of Cape Town’s dispute with Sanral. The organisations are concerned that the judgment, handed down in August 2014 by Judge Ashley Binns-Ward, will limit media freedom and access to High Court records, and threaten democracy.

Read the press statement, issued by the Legal Resources Centre, below:

Eleven civil society, academic and media groups have joined forces to challenge a threat to open justice and democracy in South Africa. The threat arises from a retrogressive High Court judgment made last year. The organisations will be disputing its constitutionality at the Supreme Court of Appeal (SCA), following their admission as friends of the court (amici curiae).

Last week, on 20 February 2015, the Legal Resources Centre, acting as the group’s legal representative, filed heads of argument at the SCA in Bloemfontein. The matter is to be heard on 18 March.

In the heads, the group argues that, “The judgment of the High Court substantially reduces current access to records of the High Court, threatens the freedom of the media, curtails the work of public interest organisations and undermines the independence of the judiciary.”

The matter has its origins in a judgment handed down in the Cape Town High Court on 28 August last year by Judge Ashley BinnsWard, who had been asked by the South African National Roads Agency Ltd (Sanral) to rule that papers it had filed in response to a City of Cape Town application be kept confidential. The City’s application sought to stop Sanral introducing new toll roads in the Western Cape.

Judge Binns-Ward dismissed Sanral’s confidentiality plea, but went further by applying a concept known as the “implied undertaking rule” to administrative reviews. This prohibits the parties from providing the record of the administrative action to other people. This deprives the public of an important source of information about the operation of government, and makes it more difficult to hold the state accountable for its conduct.

The judge also reversed the long­standing practice that any person could gain access to court records from the Registrar of the High Court. Rule 62(7) of the Uniform Rules of Court allows any person with a “personal interest” to access court papers via the court registrar. The High Court wrongly interpreted this to limit access to court records to those with a direct legal interest in the case. This has already affected the ability of journalists to access court records to report accurately on legal disputes, and potentially bars individuals, organisations and communities with only a potential interest in a matter from knowing what that matter is about and joining in to protect rights.

In their submissions to the SCA, the amici will present evidence of the impact of the High Court judgment on the independence of the judiciary, the right of access to courts, public interest litigation, the prevention of corruption and freedom of speech and the press.

They will argue that the implied undertaking rule should have no application to reviews of public power, and that the proper and most natural interpretation of rule 62(7) should allow free access to all High Court records unless the court specifically orders confidentiality.

Excerpt
Corruption Watch is one of 11 civil society groups intervening as amici curiae in a challenge to a High Court judgment relating to the City of Cape Town’s dispute with Sanral. The organisations are concerned that the judgment, handed down in August 2014 by Judge Ash­ley Binns-Ward, will limit media freedom and access to High Court records, and threaten democracy.
File Upload

Budget: PP gets a financial boost
Scroll to top