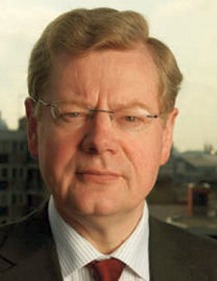 Corruption Watch, with five other organisations, last week wrote an open letter to the Organisation for Economic Co-operation and Development (OECD) to express disappointment that Richard Alderman would sit on the high-level advisory panel reviewing OECD efforts on bribery. Their voices did not go unheard – the Financial Times reports today that Alderman, a former director of the UK’s Serious Fraud Office (SFO), has stepped down from that post.

In the letter, the group of campaigners wrote of concerns regarding Alderman’s apparent preference for using opaque settlements to wrap up cases of foreign bribery by UK companies, rather than pursuing a more appropriate punishment through prosecution. Alderman was also responsible, the group said, for overseeing “irregularities at the SFO which seriously tarnished its reputation”.

The advisory panel was an informal one, said the OECD, and the position was not salaried. Members were “asked to provide advice on how governments could create effective anti-corruption policies”.

Informality notwithstanding, the civil society group urged the OECD to “appoint experts to its advisory panel who can help them review the effectiveness of settlements and who do not have pre-existing bias towards them."

The group said that in its view, Alderman’s appointment would not instil confidence in the OECD’s review process. “In fact, we believe it will undermine confidence in the impartiality and integrity of the OECD’s bribery work and in its ability to oversee the implementation of the anti-bribery Convention.”

The five other organisations were Corruption Watch UK, Global Witness, The Corner House, Campaign Against the Arms Trade, and Right 2 Know South Africa.

The development has been applauded by the group. "It is welcome that Alderman's softly softly approach to foreign bribery and his advocacy of global settlements for [the crime] will have no place at the OECD," said Sue Hawley, co-director of Corruption Watch UK. "The OECD must ensure that it looks seriously and in depth at whether settlements can provide real justice for victims of corruption and whether they truly deter foreign bribery," she told Corruption Watch.

One of the companies investigated by the SFO was BAE Systems, a supplier of fighter aircraft in South Africa’s controversial arms deal, and one of the companies implicated in bribery in the deal. In 2007 the SFO began an investigation, with the help of local authorities, into the possibility that the BAE deal was compromised by payment of more than R1-billion in “commissions”. BAE was also suspected of corruption in other territories.

Alderman, who was the SFO director from April 2008 to April 2012, personally directed the controversial settlement with BAE in February 2010, in which the arms supplier admitted guilt – not to bribery, but to charges of false accounting and making misleading statements. BAE paid a penalty of £300-million.

Included in the settlement was a clause which gave BAE blanket immunity from any further investigation, or prosecution for any conduct preceding the settlement. This, said the civil society group, was criticised by the judge in the sentencing court and by the OECD Working Group on Bribery itself, as well as by other organisations.

According to the Financial Times, this move towards more the more lenient punishment of settlements, rather than prosecution, was partly driven by the SFO’s tight budget, which, the publication noted Alderman as saying, made it difficult to pursue cases.

Excerpt
Corruption Watch, with five other organisations, last week wrote an open letter to the OECD to express concern at the recent appointment of Richard Alderman to the high-level advisory group reviewing the OECD’s efforts on bribery. Their voices did not go unheard – the Financial Times reports today that Alderman, a former director of the UK’s Serious Fraud Office, has stepped down.
File Upload