The 2016 South African Business Ethics Survey was released yesterday at the sixth annual ethics conference, hosted in Johannesburg by the Ethics Institute, who also published the report. This is the fourth edition, following on the 2002, 2009 and 2013 surveys, and was conducted between June 2015 and April 2016.

The annual conference boasted speakers such as Public Protector Thuli Madonsela and Auditor-General Kimi Makwetu, who shared their personal reflections on ethical courage in a panel discussion, as well as former Bidvest executive director Brand Pretorius.

For the survey, the research team interviewed 4 795 staff members from various listed and large South African companies. Most were non-managers (60.6%) or middle managers (39.2%).

The aim was to identify the state of ethics in corporate South Africa, using data from the Ethical Culture Assessment, a standardised instrument developed by the Ethics Institute (EthicsSA). Earlier versions of the same instrument were also used in the 2009 and 2013 surveys, making possible an easy comparison of all the findings.

These were both expected and surprising, said EthicsSA.

Presenting the survey at yesterday’s gathering, Ethics Institute CEO Prof Deon Rossouw said that the reasons given were that people feared victimisation at work should they report unethical behaviour, that management would not take their report seriously, or that their personal safety would be at risk.

“This is good news for the South African workforce … but it remains worrisome that employees still have this fear. Many companies have implemented strict policies to protect whistleblowers, but the fact that more than one third of employees still fears victimisation indicates that such policies are either not taken seriously, employees may be unaware of them, or that they are not enforced.”

Rossouw added that the South African economy’s poor performance, as well as the general slump in the world economic environment was another factor in condoning unethical behaviour.

“Our study shows that businesses typically have ethical codes of conduct … but the pressure to meet unrealistic financial targets is probably another reason for many unethical decisions and actions.”

Employees felt most pressured by unrealistic targets, followed by pressure from top management and line management respectively, and then external sources.

“It is probable, given the current economic climate in South Africa, that management’s focus is on reaching financial targets – whatever it takes.”

Makwetu challenged this mindset, saying: “Ethical leaders do not compromise their standards for material gain.”

Rossouw also said that the challenging economic situation could be having an impact on the size of budgets allocated to “non-essential” programmes such as ethics training.

“Everyone – including the executive – is required to adhere to ethics,” said Madonsela, widely praised for her uncompromising stance towards corruption and unethical behaviour, whether she and her team are scrutinising the president of the country or an ordinary employee.

The study found that 11% more employees personally observed misconduct than in 2013 – 25% compared to 14%, and 18% in 2009. This could mean that that unethical conduct has increased – but it could also indicate a higher awareness level of what constitutes unethical behaviour.

However, awareness of a company code of ethics has remained high since 2009 at 96%, and although awareness of hotlines and similar safe reporting mechanisms had decreased marginally since 2013, it was still a notable increase over 2009.

Rossouw said there was an improvement in ethical culture, but people still needed to turn their ethical intentions to turn into ethical actions. “What’s missing is ethical courage.” Mkhwebane: I will not ignore high-profile cases PP candidates' names to be published 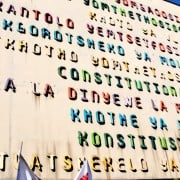 When unethical behaviour is an instruction

PP candidates’ names to be published
Scroll to top