South Africans are used to encountering corruption in various aspects of their life, but it’s worse when the problem extends to visitors to the country. For instance, it’s worrying and embarrassing to find advice on how to approach corrupt South African traffic officers on international travel organisations such as TripAdvisor.

Over the last few years this trend of officers suspected of soliciting bribes from tourists has emerged, not only at major entry points to the country such as OR Tambo airport but also in tourist hotspots such as the Western Cape and Mpumalanga provinces.

The impact of these corrupt activities has been especially significant in tourism-dependent areas such as Mpumalanga, which receives over a million foreign tourists a year – 1.2-million in 2013, according to statistics released by the provincial tourism and parks agency – making it the country’s fourth most visited province. In the same year the foreign direct spend in Mpumalanga was around R7-billion.

The Kruger Lowveld Chamber of Business and Tourism (KLCBT) said the country is suffering huge reputational damage as a result of this type of corruption. “We know that people who have fallen victim to corrupt traffic officials have vowed never to visit the region and country again. The chances are that these tourists will also tell their friends and family not to visit,” said Lisa Sheard, the chairperson of Kruger Lowveld Tourism, a division of the KLCBT.

The organisation has not been able to sit idly by and do nothing – frustrated by the non-appearance of a government plan, reportedly due for completion by last October, to deal with the problem, the KLCBT took matters into its own hands. It developed a campaign to educate tourists about not giving in to demands for bribes by traffic and police officials in Mpumalanga.

The results, it says, have been richly rewarding. There has been a significant drop in roadside corruption by traffic officials, but the fight is far from over.

Empowering tourists to defend themselves against corruption

Launched in 2014, the Roadside Anti-Corruption Campaign’s main thrust is the distribution of an anti-corruption card warning motorists that it is illegal to give cash to traffic officers on the side of the road, and advising them to report such incidents to the police, whether or not the traffic offences were real. Initially only accommodation establishments handed out the cards, but from the end of 2015 tourists received a copy at toll plazas en route to Mpumalanga, while roadside billboards in hotspot areas have also boosted awareness. The toll plaza and billboard initiatives were conducted in partnership with Trans African Concessions, which manages the N4 road between South Africa and Mozambique, and the South African police.

“We found that we need to get to the tourists before they get to our region and inform them in advance of how to deal with corrupt traffic officials,” said Sheard. “Many tourists get ‘taken’ before they get to one of our member establishments. So essentially, we are pushing back the boundaries in the hope of greater prevention.”

When stopped and asked for a cash payment, the tourist calmly presents the card to the police officer, who realises that the tourist is wise to the trick and will then issue a written fine, as should have been the case all along, if the offence is genuine. In some cases, the supposed offence will be withdrawn, presumably because the offence never existed.

The KLCBT has since launched a broader initiative, the Hand on my Heart integrity campaign, in August 2015. “This focuses on raising awareness [of the need for integrity] and strengthening relationships and communication channels between stakeholders,” said Sonja Berg, the KLCBT’s integrity adviser on secondment from the Deutsche Gesellschaft für Internationale Zusammenarbeit.

The KLCBT found that tackling corruption from an investigative angle was costly and a deterrent to participation, said the organisation’s COO, Linda Grimbeek, at the launch. “For this reason we will focus on building integrity rather than trying to fight corruption.”

Elements of the campaign include a web platform, an integrity code to which participants can adhere, sharing experiences, accessing information and news, awareness of available avenues to report mismanagement, and participating in workshops and municipal processes.

Tourists were an easy target, but no longer

Some of the offences used by corrupt officers as excuses to fleece tourists include:

KLCBT reported on two German tourists who were driving from the Kruger Mpumalanga International Airport when a police car flashed its lights behind them. The police car’s occupants told them they did not stop at a stop sign and had to pay R750. The tourist only had R700, and said so, and the police official accepted this discounted payment.

In July last year a French tourist was stopped by police who claimed the car had run through a stop street. The tourist was accompanied by his brother who lives in South Africa, and eventually paid R200 rather than argue.

A Flemish-speaking couple were allegedly stopped by traffic officers on the R36 outside Ohrigstad and told to pay a R300 toll fee on 28 July. This road has no toll gate.

But in its 19 January newsletter the KLCBT reported that there had been a significant overall decrease in the number of bribery incidents reported.

“The KLCBT has been pressuring for arrests to be made and the campaign has definitely had an impact on the decrease of incidents,” said Berg.

The KLCBT reported in its 7 April newsletter that 11 traffic officers were arrested in Mpumalanga for various corrupt activities. “These are some of the traffic officers who have been targeting our local communities and our tourists and we are pleased that action is taken against them. We have no doubt that the pressure put on the authorities via our Roadside Anti-Corruption Initiative is bearing fruit.”

The 11 accused have since appeared in court and were released on bail of R5 000 each. They will be back in court on 22 April to defend the charges that they had been taking bribes from motorists in various operations in Mpumalanga. 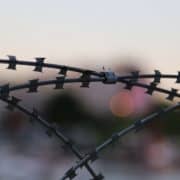 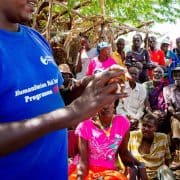 SA’s public protectors – the legacies, part one
Scroll to top