There is no silver bullet for fighting corruption. Many countries have made significant progress in curbing corruption, however anti-corruption practitioners are always on the lookout for solutions and evidence of impact. Here are five ways that citizens and governments can make progress in the fight against corruption:

Effective law enforcement is essential to ensure the corrupt are punished and break the cycle of impunity, or freedom from punishment or loss.

Successful enforcement approaches are supported by a strong legal framework, law enforcement branches and an independent and effective court system. Civil society can support the process with initiatives such as Transparency International’s Unmask the Corrupt campaign.

Reforms focussing on improving financial management and strengthening the role of auditing agencies have in many countries achieved greater impact than public sector reforms on curbing corruption.

One such reform is the disclosure of budget information, which prevents waste and misappropriation of resources. For example, Transparency International Sri Lanka promotes transparent and participatory budgeting by training local communities to comment on the proposed budgets of their local government.

Transparency International Maldives successfully advocated for the adoption of one of the world’s strongest rights to information law by putting pressure on local MPs via a campaign of text messages.

Strengthening citizens’ demand for anti-corruption and empowering them to hold government accountable is a sustainable approach that helps to build mutual trust between citizens and government. For example, community monitoring initiatives have in some cases contributed to the detection of corruption, reduced leakages of funds, and improved the quantity and quality of public services.

To monitor local elections, Transparency International Slovenia produced an interactive map that the public populated with pictures and reports of potential irregularities in the election. As a result, cases of public funds being misused to support certain candidates were spotted.

Without access to the international financial system, corrupt public officials throughout the world would not be able to launder and hide the proceeds of looted state assets. Major financial centres urgently need to put in place ways to stop their banks and cooperating offshore financial centres from absorbing illicit flows of money.

The European Union recently approved the fourth Anti-Money Laundering Directive, which requires EU member-states to create registers of the beneficial owners of companies established within their borders. However, the directive does not require these registers to be made public. Similarly, the Norwegian, UK, and Ukrainian governments have all approved legislation requiring companies to disclose information about their owners, although these have yet to come into force. 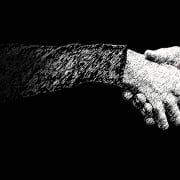 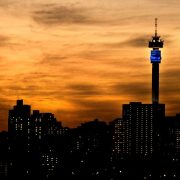