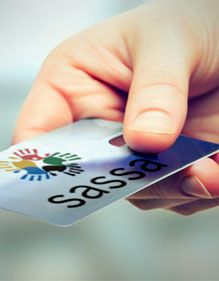 Lobby group Corruption Watch is seeking a court order to set aside a R317-million payment by the South African Social Security Agency (Sassa) to Cash Paymaster Services (CPS), the company administering the payment of social grants.

Following previous court action, the Net1 subsidiary is already having to rebid for one of South Africa’s most lucrative tenders — worth about R10-billion over five years — after the Constitutional Court set aside the award to CPS in 2013.

Although CPS is still administering the payments, Sassa was ordered to rerun the tender process. The parties have been back and forth to the Constitutional Court over the process bid.

In terms of a court order agreed last month, a rerun of the tender must be finalised by 15 October. The agency and CPS must now defend this new case.

Corruption Watch, which was a party to the Constitutional Court case, said there was no lawful basis for the payment. The organisation arrived at its view after correspondence with Sassa. The agency even invited Corruption Watch to its offices to inspect relevant documentation.

In an affidavit, the watchdog’s executive director, David Lewis, said the payment — for the reregistration of grant beneficiaries — was made in addition to amounts already paid under a service agreement between Sassa and CPS. But there was no provision in the contract for reregistration, he said, and that the payment did not comply with the contract.

Lewis said the payment was also irrational because — "given that public funds were at stake and given the extent of those" — an internal audit should have been conducted.

A report by KPMG, which Sassa called "an external audit report", had made it "expressly clear" that it did not constitute an audit, said Lewis. It contained a series of disclaimers and limitations

Net1’s financial director, Herman Kotze, said CPS was "not aware" of any legal action. Sassa did not provide a comment.

Excerpt
Corruption Watch has asked the High Court to set aside Sassa CEO Virginia Petersen’s decision to make a payment of R317-million to Cash Paymaster Services. The organisation says that the reasons provided by Sassa for the payment were “unfathomable”, as there was no basis for it in the existing contract and no new contract had been drawn up.
File Upload