It has been seven days [at the time of writing] into the 21-day nationwide lockdown announced by President Cyril Ramaphosa and the country seems to be steadying into the stringent conditions set out by government. With almost a million recorded cases globally, many countries have gone into a tailspin, putting measures in place to reduce the spread of the virus. South Africa has the highest number of confirmed Covid-19 cases in Africa to date [1 845 on publication date], with the likes of Egypt and Algeria not far behind.

If there is one thing that this pandemic has done, it is to expose the glaring inequality in this country.

South Africa has been named as one of the most economically unequal countries by the World Bank, with the gap between the rich and the poor increasing with the years. Most people in townships and rural areas are in many ways still reeling from a poverty that was constructed by the apartheid government to keep the black population oppressed and on the fringes of economic empowerment. While there have been improvements in many sectors of society, ills like corruption and inefficiency in the public and private sector have played a part in entrenching the status quo.

Having money or access to it, can insulate us from engaging with the realities faced by the poor and marginalised. We see the contempt towards disenfranchised communities during service delivery protests, for example where the greatest concern of those unaffected is that ‘these people are blocking traffic’. The novel coronavirus has, it appears, forced the government to engage with its constituents with a matter of urgency and perhaps even sincerity.

The Department of Human Settlements, Water and Sanitation has since the beginning of the lockdown scrambled to deliver water to drought-stricken areas and communities that had no access to clean running water, with Minister Sisulu announcing that the department bought 41 000 water tanks to address the shortage. Which begs the question, did these people not deserve to have access to clean water before the outbreak of Covid-19?

The Department of Small Business Development recently allotted funds to cushion the blow to small, medium and micro businesses during and post this lockdown. The president also said that through this department, the government has finalised a dedicated spaza shop scheme.

Themba* who sells vegetables around Protea North in Soweto, said a day before the shutdown that he absolutely has no idea how he is going to survive the 21 days with no income. “I’m afraid I’ll go hungry after selling out this stock. I barely make enough to feed my family when the business is running. It’s just funny how big retailers like PicknPay can operate during this time and we cannot,” he said.

Alice* (23), who grew up in Diepsloot, said she doesn’t know how people still stuck in those communities will adhere to instructions like self-isolation. “I’ve lived in a shack, there were six of us living in one room, and the only saving grace was that the only time we were all forced to be indoors at the same time was at night. My mother worked until late, and my siblings and I were at school during the day,” she said. “There’s just no way that all six of us could survive being in the same space the entire day!” Alice exclaimed.

Bongani* (29), now a police officer, grew up in Chiawelo, Soweto, and lived with his parents and two siblings in a shack. He remembers what it was like to be unemployed and needing to hustle daily to buy bread or whatever essential needs they had at home. “It’s going to be tough to restrict people from leaving the house because a lot of men in these communities wake up every day to hustle. Whether it’s through gambling, asking people for money or sometimes criminal activity in order to survive,” Bongani said. His father was also an alcoholic and abusive to the family so the idea of being cooped up in a shack with such a person was a painful thought. “When people are hungry, they become angry and irritable and that’s why a lot of people from where I come from may struggle to stay home with nowhere to escape the tension.”

Covid-19 is a respiratory virus that threatens to collapse the country’s health system. Our hospitals and clinics are not equipped to deal with an outbreak of this magnitude, and we have seen from countries such as Italy and America what carnage this virus can cause to an unprepared health system, resulting in the deaths of hundreds of people at a go.

The cases in the townships have gotten South Africans to the place we’ve been dreading – the contagion reaching overpopulated communities that rely on the public healthcare system. The large-scale rollout of screening, testing and tracing in villages, towns and cities announced by the president was a proactive step that is hopefully curbing the spread of what has been declared a national disaster.

It is not only government that has been forced to engage with the realities faced by poor and marginalised communities. Having these conversations with people I know before the lockdown and increased media coverage in this period has uncovered people’s daily pains that privilege so often veils. It is the reason why witnessing the brute force by police and the army on people mainly in townships has been sad. Or the contempt expressed towards people who crowded retail stores in the townships after payday to buy essentials for the month, not realising that these consumers likely have no choice but to buy as soon as they’re paid.

It is difficult to imagine what life could look like post Covid-19 but we march daily into the unknown, waking up with hope that a solution will be found before this virus wreaks further havoc in our lives. One can only hope that the remnants of this pandemic will be more than just dead bodies but also, a more compassionate population and a government that serves with urgency. 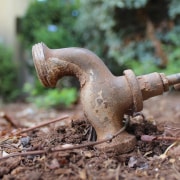 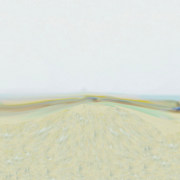 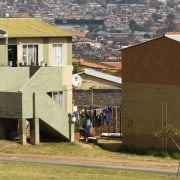 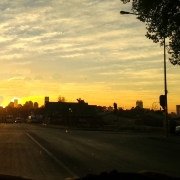 Fear and uncertainty in mining communities
Scroll to top