Reports received by Corruption Watch indicate that foreign nationals, most notably refugees, face extortion, threats and solicitation from a number of government agencies on a regular basis. To date Corruption Watch has received over 100 reports to this effect. All reports involve state officials demanding bribes, specifically from officials within the South African Police Service (SAPS) and Home Affairs.

A number of organisations are currently working on the treatment of refugees in South Africa. This includes local branches of international organisations and community organisations focusing on the needs of a particular diaspora. This analysis details the type of activities reported to Corruption Watch, and provides an overview of the current interventions by other civil society organisations.

Reporters indicated that foreign nationals face corruption in two main areas: renewing, issuing and application of permits (for both work and refugee status) and presenting said documents to law enforcement agencies. The first revolves around:

The graph below details the percentage of reports being demanded for permits. Although the focus of this analysis is placed on refugees, it is interesting to note that foreign nationals seeking work permits face the same types of solicitation and treatment by government officials. Therefore, for the purposes of this section, data pertaining to foreign nationals with or seeking work permits have been included. Over 40% of reports on the issuing of permits implicate officials at Marabastad, as well as the Refugee Centre in Pretoria. These permits may be legally due to the reporter, or may be fraudulent. Where officials are requesting bribes to issue permits and the permit holder is legally due to hold the permit, officials are requesting a bribe for "speedy service" but will refuse to issue the permit unless the bribe amount is paid. Some reporters indicate that if they do not pay the bribe, they are threatened with deportation.

Furthermore, almost 20% of reporters indicate that they are faced with corruption before they're even able to access these facilities. Foreign nationals face solicitation by security guards, and in certain instances SAPS officials, to gain entry. This is almost exclusively reported in relation to Marabastad, where an amount of R100 to R200 needs to be paid before foreign nationals can enter the facility. Interestingly, only those applying for asylum related permits are reporting this trend to Corruption Watch.

After permits are obtained, foreign nationals continue to face harassment, solicitation and threats of violence. Over 40% of reports detailed harassment by JMPD (11%) and SAPS (89%) officials seeking to solicit a bribe. Remarkably, reporters note that SAPS volunteers are also implicated in this trend. Harassment by law enforcement officers takes a number of forms:

Depending on the severity of the allegation, with illegal migrants for example, bribes upwards of R5 000 are requested. Moreover, reporters indicate that foreign nationals are assaulted whether the bribe is paid or not. Numerous reporters identify Park Station in central Johannesburg and other centres of public transport, such as taxi ranks, as hotspots, noting:

Reporters also indicate that SAPS volunteers are approaching those speaking in foreign languages (either on their cellphones or to other persons) to request their documents and consequently a bribe.

In response to these and other types of threats faced by foreigners in South Africa, a number of civil society bodies have identified foreign nationals and refugees in particular as a vulnerable population in South Africa – see this chart for examples of activities by prominent organisations working with refugees. Civil society responses can be grouped into the following types of interventions that promote protection, promotion and provision of human rights for refugees:

Legal interventions occur on both an individual and group basis depending on the organisation. Individual cases are usually based on permits being denied, unlawful deportation or persons experiencing physical harm or a violation of their rights on the basis of their refugee status. Other legal interventions have focused on the violation of group rights. A number of organisations are also providing free legal advice for refugees – they include ProBono.org and Lawyers for Human Rights.

Most organisations involved in issues facing refugees engage in research, advocacy and policy interventions. Research reports on a myriad of subjects, including corruption, torture and access related issues, have formed the basis of a number of campaigns that advocate for the rights of refugees in South Africa. These organisations, including the UN Refugee Agency, have worked with government departments to improve social, physical and economic security for refugees. Currently, the Centre for the Study of Violence and Reconciliation is fundraising to expand its research on refugees, corruption and torture in order to provide broader evidence of physical threats that refugees face in South Africa. Amnesty International has also been active in this regard, using petitions and other campaign strategies to highlight the plight of refugees and working with government to ensure that their rights are protected.

Faith based organisations play a pivotal role in providing shelter and food to refugees. Some of these organisations also provide training, counselling and referral mechanisms to address the needs of refugees. Bienvenu Shelter and Mercy House also assist refugees with access to documentation, either as a means to ensure survival or to gain access to meaningful employment.

Lastly, most organisations are involved in some form of public education or outreach programme to, firstly, access undocumented refugees and secondly to educate them on their rights as refugees. Although some organisations also provide training for legal professionals as to the legal framework for refugees, typically education on the rights of refugees and the types of services available to them is promoted. This includes where refugees would access certain types of services and which civil society organisations would assist with their respective problems.

Corruption Watch has received a number of reports that detail some of the challenges faced by refugees in South Africa. Most notably, this vulnerable population is faced with corruption and threats of violence by numerous government agencies that are tasked with assisting them. Although different organisations are working to ensure that refugees’ human rights are respected, refugees remain vulnerable to extortion, violence and harassment that undermine their livelihoods.

Excerpt
Reports received by Corruption Watch indicate that foreign nationals, most notably refugees, face extortion, threats and solicitation from a number of government agencies on a regular basis. To date Corruption Watch has received over 100 reports to this effect. All reports involve state officials demanding bribes, specifically from officials within SAPS and Home Affairs.
File Upload 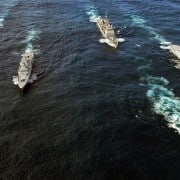 Open letter to the African Commission re: xenophobia

Turn up the heat on climate-fund fraud
Scroll to top