The South African National Defence Force’s recent withdrawing of charges against the two officers that it implicated in the investigation into the Gupta aircraft that landed at Waterkloof Air Force base in 2013 confirms that they were chosen as scapegoats, and that the charges were designed to deflect attention from President Zuma’s role in securing the use of the air force base for his friends, the Gupta family, according to Corruption Watch in a statement released today.

Executive director David Lewis predicts that the same will happen to those charged with disciplinary offences in relation to the Nkandla saga, in yet another show of complete lack of government accountability.

“We congratulate the officers for standing their ground in this matter, and are contemptuous of the former head of international relations state protocol, Bruce Koloane, for his role in hiding the truth, in exchange for a plum ambassadorship in the Netherlands,” said Lewis.

This matter represents another example of senior government leaders acting with impunity while singling out officials under their jurisdiction to take the fall for their misdeeds, and as in this case, without any credible grounds for charges against them.

Excerpt
The South African National Defence Force’s recent withdrawing of charges against the two officers that it implicated in the investigation into the so-called Guptagate scandal in 2013, confirms that they were chosen as scapegoats, said Corruption Watch in a statement released today.
File Upload 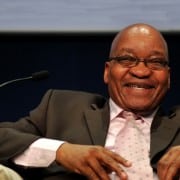 Who’s who in the arms deal?