Flawed process for selection of Ipid head yields many questions

By Kavisha Pillay and Sabeehah Motala
First published on News24

Police minister Bheki Cele and the parliamentary portfolio committee on police (PCP) have appointed a new executive director of the Independent Police Investigative Directorate (Ipid), at a time when police misconduct and abuse is particularly rife in the country.

At a presentation to the PCP on 15 July, Cele provided a report on a selection process that had resulted in his nomination of Jennifer Dikeledi Ntlatseng – the former Gauteng Safety and Security MEC. For the first time, Ipid will have a female executive director and while Ntlatseng’s appointment will hopefully restore some stability at the institution, the appointment process has been far from smooth, leaving questions about the effectiveness of Ipid legislation and the possibility of further legal challenges to the PCP.

The appointment comes nearly 18 months after the PCP decided not to renew the contract of the previous executive director Robert McBride. This is well beyond the 12-month period stipulated in the Ipid Act, meaning that Cele has found himself acting outside the law.

During the PCP meeting, questions arose on Parliament’s authority to grant the minister an extension on the nomination process, given that the Act is silent on the matter.

Nor does the Act specify what should happen if the nomination of a suitable candidate does not take place during the one-year period. This resulted in the PCP grappling with whether they could still approve or reject the decision, as Cele’s nomination is a contravention of Section 6(5) of the Act.

No authority or legal standing

When consulted, Parliament’s Legal Services concluded that the PCP did not have the authority and legal standing to provide the minister with an extension. The legal opinion further explained that the wording of the relevant section in the Act places a mandatory obligation on the minister to fulfil the requirement of making an appointment, without discretion. Finally, it said that Parliament is required to hold the minister accountable in a situation of non-compliance.

In addition, the PCP and the minister are currently cited as respondents in a Supreme Court of Appeal matter brought by the Helen Suzman Foundation, regarding the tenure and renewal process of the Ipid executive director’s term of office. The outcomes of this judgment may have a bearing on the constitutionality of the Ipid Act.

Ultimately, the shortcomings of the Ipid Act have been highlighted by the legal uncertainty surrounding this selection process.

Corruption Watch has long held the view that the current criteria for the appointment of the Ipid executive director, as well as the selection process, are insufficient, flawed and open to political manipulation. We have openly called for amendments to the Act to ensure that the institution is strengthened, and able to operate without fear, favour or prejudice.

Additionally, we have raised concerns in our submission to the Judicial Commission of Inquiry into Allegations of State Capture about the danger of having MPs, whose independence is often compromised by having to toe party lines, charged with the responsibility of appointing candidates that have to be independent, fit and proper.

Corruption Watch and other civil society organisations have continuously engaged in the selection process of the Ipid executive director, noting the important role that Ipid plays in ensuring that public policing promotes respect for the rule of law and human dignity. In our communication with the PCP, as well as with Cele, we have called for a stringent process that is transparent, fair and based on merit.

Despite these legal concerns as well as calls for a transparent and open process, the majority of members of the PCP instead chose to proceed with the deliberation of the nomination of Ntlatseng. They noted that whilst the committee would consider the amendment of the Ipid Act, the institution itself cannot be without stable leadership during the process of amendment.

Unfortunately, the deliberations were marred with shameful acts of political mudslinging, the weaponisation of feminist values to suit a political decision, and the questioning of civil society organisations who dared use their constitutional right to participate in parliamentary proceedings and raise the necessary concerns in relation to the selection processes.

The appointment process of the Ipid executive director has hardly inspired confidence in the minister or the PCP. The minister’s failure to adhere to legislated obligations, and the lack of PCP oversight over the process, has resulted in an impasse – leave Ipid without leadership or make an appointment outside the law?

Though the need for leadership has prevailed in this instance, Parliament must not allow this mistake to happen again. The Ipid Act must be reviewed and amended as soon as possible, and the PCP must exercise its oversight duties with more care. Regardless, civil society will maintain constant vigilance to hold accountable those who put our institutions at peril. 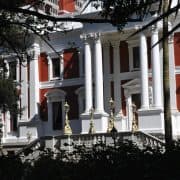 Finally, police watchdog Ipid will have a new head 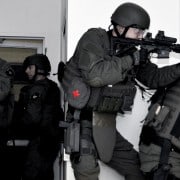