Today, 11 July, is African Anti-Corruption Day. There is little doubt that corruption is one of the greatest threats to African – and global – stability and development, and yet all around the world, many governments are slow to act against it. Citizens who decide to take a stand against the corruption that affects them find that their right to freedom of speech is hindered, and they struggle to hold governments to account. Their very lives and futures are affected and yet, they are prepared to fight on.

Following on the previous Africa survey of 2015 (and a globally consolidated edition in 2017), this publication, according to TI, is the largest, most detailed survey of citizen views on corruption and experiences of bribery in Africa.

In total, 47 000 citizens took part, sharing their stories with Afrobarometer, TI’s partner in this survey. They responded to questions on how they perceive corruption in government and public institutions and whether they pay bribes for essential services, like water, electricity and education.

This edition, says TI, shows that the range of corruption challenges that African citizens face is complex and multifaceted, requiring fundamental and systemic changes. It also highlights that while most people surveyed felt corruption had increased in their country, a majority felt that they, as citizens, could make a difference in the fight against corruption.

Non-African actors also play a significant role in fuelling corruption in Africa and aiding the diversion of critical resources away from essential public services. Foreign businesses continue to bribe public officials throughout the continent to get an unfair advantage during bidding processes and secure deals that are overpriced or do not yield real benefits. When money that should support critical services, such as health care and education, flows out of countries due to corruption, ordinary citizens suffer most.

The report includes recommendations on how the international community can reduce the negative impact of corruption in Africa, particularly on the poorest and youngest members of society who are disproportionately affected.

The results show that more than half of all citizens think corruption is getting worse in their country and that their government is doing a bad job at tackling corruption. In South Africa, a staggering 70% believe that the government is not doing enough to tackle corruption.

Overall, the police service is considered the most corrupt institution, with a global average of 47% of people believing that most or all police are corrupt.

It will come as no surprise to South Africans that local respondents also named the police as the most corrupt institution in the country. Almost half (49%) felt that most or all police officials are corrupt – but local government is hot on police heels, in the public’s view, at 45%. They are followed by government officials at 44% and members of Parliament, also at 44%.

The least corrupt, according to South African respondents, are traditional leaders (26%) and religious leaders (27%).

The GCB-A found more than one in four people who accessed public services, such as health care and education, paid a bribe in the preceding year – approximately 130-million citizens in the 35 countries surveyed. In South Africa the percentage of people who paid a bribe for access to essential services in the past year more than doubled from 7% in 2015 to 18% in 2019. Those who reported having paid a bribe to police stand at 19%, an alarming increase from the 3% reported in 2015.

The GCB-A also reveals how corruption is hitting the most vulnerable people the hardest. For example, the poorest people are twice as likely to pay a bribe as the richest people in Africa. Paying bribes for essential public services means poorer families have less money for basic necessities like food, water and medicine.

Despite this, the report raises hope for positive change. More than half of South Africans (57%) feel that citizens can help stop corruption.

• Corruption is on the rise – More than half (55%) of all citizens think that corruption increased in the previous 12 months. Only 23% think it declined.
• Many governments are failing to do enough – Only one in three citizens (34%) thinks their government is doing a good job at fighting corruption, while 59% rate their government’s performance as bad.
• Concerns about the integrity of public officials remain high – Among key public institutions, police are most widely seen as corrupt: 47% of people say most or all police are corrupt. But also almost four in 10 citizens think most or all government officials (39%) and parliamentarians (36%) are corrupt. These results are consistent with the last round of findings in 2015, where citizens similarly thought that the police were the most corrupt institution.
• Bribery demands are a regular occurrence for many – More than one in four citizens who accessed public services, such as health care and education, paid a bribe in the previous year. This is equivalent to approximately 130-million people.
• People s experience with bribery varies – Men are slightly more likely to pay a bribe than women, the poorest people are twice as likely to pay a bribe as the richest people, and young people aged 18-34 are more likely to pay a bribe than people aged 55 and over.
• Despite fears of retaliation, citizens can make a difference – Two-thirds of citizens fear retaliation if they report corruption. Yet, despite this, more than half of citizens surveyed (53%) think ordinary people can make a difference in the fight against corruption.

While initiatives to tackle corruption in specific institutions, such as the police or Parliament, are welcome, ultimately tackling corruption in Africa requires a holistic, systemic approach, says TI. Not only African governments, but also the international community – which plays a shameful role in the proliferation of corruption in Africa – must act.

Governments should put anti-corruption commitments into practice and should:

TI notes that while African citizens suffer the consequences of corruption, corrupt individuals are still able to hide behind anonymous companies and stash their ill-gotten funds abroad, purchasing luxury properties, cars and other goods with public money and securing a safe haven for themselves, their families and their stolen assets.

But there are measures that governments can commit to to eliminate this threat:

Governments of major economies, including members of the G20 and OECD, as well as those of offshore financial centres (secrecy jurisdictions) can also help reduce corruption in Africa. Authorities in these countries should: 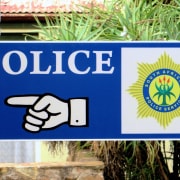 The terrible consequences of police corruption