A lack of beneficial ownership transparency is a key threat to sustainability within the sector, as is an increase in human rights violations that tends to occur with secret owners

The latest data from the just-released Worldwide Governance Indicators report confirms that with some exceptions, resource-rich countries face major corruption challenges. This report further elucidates the enormous costs of corruption in terms of socioeconomic decline, undermining of democratic institutions, levels of violence and barriers to energy transition and environmental protection.

All these “wicked” problems are present in the South African mining sector — so how do we address wicked problems? “Wicked” in this context does not mean “evil”, although we could forgive a moral judgment from anyone who experiences the extreme poverty in mining communities who have had hundreds of millions of rand stolen from them. Rather, “wicked” means problems that cannot be solved once and for all as might be the case in a problem that the natural sciences set out to solve.

With the goal of improving the management of oil, gas, and mineral revenues, curbing corruption, and fighting inequality, African countries such as Ghana, Kenya, Guinea and Liberia are stepping up their efforts to support good governance in resource-dependent countries. Long fought-for gains in transparency — such as the Extractive Industries Transparency Initiative (EITI) — have helped civil society and other accountability actors assess how individual oil, gas, and mining revenues are delivered or lost, and how revenue spending decisions are made. These programmes also provide the data that should inform government policy-making.

But SA is not on the same page as our resource-rich relatives regarding disclosures and transparency in this space. During the 45th EITI board meeting in Addis Ababa last week, South Africa was once again listed as a priority country for implementation of the globally recognised standards of good governance of extractives and transparency of mineral revenues to achieve accountability and combat corruption — meaning that we have not yet done so.

The work of the EITI is well recognised and endorsed by leaders of extractive industries and global financial institutions. Implementation of this EITI standard would require legislative reform to allow for transparency across the entire value chain of mining. This ranges from the awarding of contracts and licences to production and revenue collection, revenue allocation, and socioeconomic spending.

This form of fiscal transparency addresses the corruption risks of hidden ownership, opaque licensing procedures and unaccountable revenue collection and management that are known to confine countries to the infamous “resource curse” — a paradox whereby mineral-wealthy countries experience less development and democracy and greater poverty than less well-endowed countries.

Corruption Watch’s Mining for Sustainable Development report, which unpacked the corruption vulnerabilities in the mining licensing process, highlighted lack of beneficial ownership transparency as one of the key threats to sustainability within the sector, as well as the increase in human rights violations that tends to occur with secret owners.

The global anti-money-laundering regulator, the Financial Action Task Force (FATF), released a report in 2014 requiring governments, specifically including the South Africa government, to establish central registers of the real owners of companies. It also stipulated that the registers must be publicly accessible to allow for better verification of information. FATF recognised not only the risk of lack of beneficial ownership policy but noted the risk of relying too heavily on the data held by banking institutions.

However, compliance with the FATF requirements has been extremely slow. While the Financial Intelligence Act of 2001 provides a definition of the term ‘beneficial ownership’, South Africa still falls short of the FATF standard. As a result, the headlines revealing yet more politically exposed people involved in a corrupt relationship with the state will continue to be the norm.

The reality is that in mineral-rich developing countries, the resource nationalism ideology will always be a crucial topic. That is, implementing policies that provide for higher royalties and taxes, increased government-free carry participation, requirements for in-country beneficiation and retention of profits, and participation of local employees and business in the value chains of oil, gas and minerals will remain commonplace.

Extending the EITI to so many countries ensures that the major transnational mining companies adhere to open disclosures of revenue flows. This enables them to keep an eye on their counterparts and competitors while simultaneously enabling communities and civil society organisations to monitor financial flows between the state and the mining companies.

We have most recently seen this with Rio Tinto’s unprecedented degree of transparency in disclosing all the beneficial owners, including those in joint ventures, in all jurisdictions of their operation. Implementation of the EITI standard is the most effective mechanism the South African government can incorporate to ensure that anticorruption is high on the extractives agenda.

It seems as though mining companies, civil society and communities are on board with EITI implementation — all that remains is for the South African government to commit. 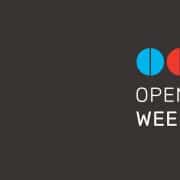