Madonsela: youth can change the system Young leaders from around the country, as well as Public Protector Thuli Madonsela, engaged in a robust discussion about the youth agenda and ideas on how to combat corruption in South Africa.

In his opening address, Corruption Watch (CW) executive director David Lewis said that in terms of fighting corruption in the country, people sometimes feel that they must just accept what is going on. This is not the case with the youth, Lewis added. “Some people think it’s the arrogance of the youth, some think it’s the spirit of the youth but what it tells us is that you never see a problem too big to solve, and it’s that kind of attitude that the whole country is going to rely on if we want to deal with this monster.”

Lee Molefi, a creative content strategist at Livity Africa, facilitated a panel discussion on Radicalism and The Future of South African Politics. Panellists included Monyane ‘Trey’ Tekateka from the University of the Free State, also part of Debate Africa and a member of the Corruption Watch Youth Forum, SAfm presenter Naledi Moloe, a Wits University student and FeesMustFall leader known as Lebo, and final year law student at the University of the Western Cape Darryn le Roux – another member of the CW Youth Forum and also the national community services coordinator for Students for Law and Social Justice at his university.

The panel discussed various examples of youth radicalism seen over the last year. “A year ago no one could have anticipated that young people would rise up and fight against injustices such as fee increases, but it was inevitable,” said Lebo. Just months ago youth politics could not be measured, but the last year has seen students stand up against issues such as the outsourcing of workers at universities, the removal of the Cecil Rhodes statue at the Cape Town University, and demands for a concrete plan for free tertiary education for all.

Molefi asked the panel how young people can use radicalism to tackle social issues such as corruption. “There’s a level of corruption in national parties getting involved in student politics,” said Lebo, highlighting the use of students’ issues by political parties to push party politics or to try to gain the popularity amongst the youth during the election period. Moloe said it was important for young people to lead the conversation that leads to change.

Le Roux said South Africans have long used protest action to demonstrate against the system. “Why are we acting like radicalism is something new? It’s not new. The songs we sing are the songs that were sung by our parents, by people who have protested before us.”

Tekateka said he believed that the youth’s radical stand against issues that are affecting them will certainly lead to political change. “Now, not only they [the government] know that we can do it, but we know that we can do it. You can’t hold a country hostage for a week and not leave a lasting impact.”

Advocate Thuli Madonsela took part in the second panel discussion of the day. This examined the youth agenda and was facilitated by Molefi, with journalist Pontsho Pilane and Corruption Watch’s head of stakeholder management, Ronald Menoe.

Madonsela said that 2015 had been an interesting year, but also challenging. Addressing the youth directly, she said, “I particularly like that youth rising was about social justice and not just social justice for young people. It also incorporated the concerns of the most underprivileged of the working class, I think that’s great.”

Pilane asked the public protector if she thought South Africans had a narrow view of what corruption is. In Madonsela’s experience, she said, the current face of corruption seems to be associated with government tenders. “Corruption is much broader than we think it is,” she said. “It’s not just about bribery – it’s the manipulation of power for personal gain.”

Menoe agreed. “We are able to do the work that we do because of whistleblowers that come forward to us and report corrupt practises. We’ve established that the general identity of our whistleblower is a black man between 35 and 45 years old who works for government.”

Molefi asked the public protector if she thought the country might see a young leader in the near future. A few years ago, Madonsela said, she would have answered by saying it’s possible but not probable – she now believes it is possible and probable. She said the level of maturity in today’s young people is more advanced than before, as they are far more exposed to what happens in the global community. “Young people tend to want things immediately and have a sense of egalitarianism,” she said.

Madonsela applauded Corruption Watch for working with young people. She said “Young people have the power to change the system, end corruption, and bring back society’s integrity.” 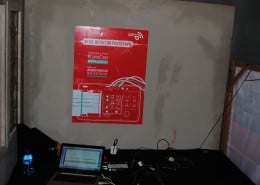 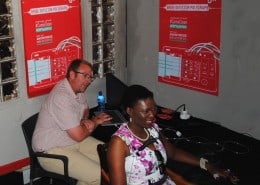 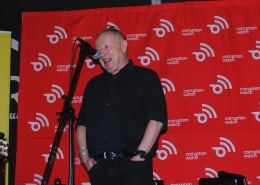 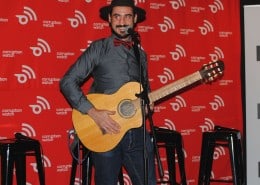 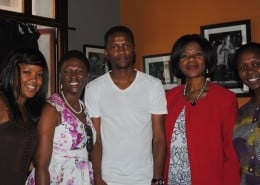 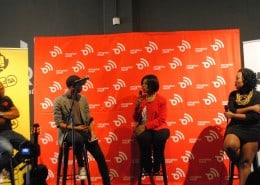 Vote out grand corruption on unmaskthecorrupt.org